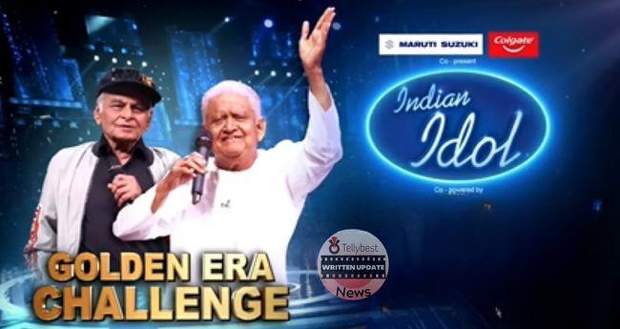 Indian Idol will have Pyaarelal Ji and Anandji together on the sets as special guests.

The latest promo for this weekend's Indian Idol 13 (8th October 2022) shows contestants performing in duets to classics from the 80s era.

Rishi Singh pairs up with Bidipta Chakraborty and sings the song "Keh Do Na Ki Tum Ho Meri Varna" and blends their vocals beautifully with each other.

Another promo for this weekend's Indian Idol 13 (08-10-2022) shows another pair of Vineet Singh and Debashmita Roy performing together.

The judges praise their coordination and vocals after hearing them together.

To get to know more, download Indian Idol all episodes, or to watch Indian Idol Season 13 2022 full latest episodes online, go to the SonyLiv app or sonyliv.com

Today's Indian Idol 13 episode starts with Aditya Narayan welcoming Anand Ji, a legendary music director of the golden era along with his wife on the Indian Idol 13 stage.

After Anand Ji, the special guest of the golden era week, and his wife sit down comfortably, Aditya says that today the top 15 contestants of Indian Idol 13 would be performing in duets.

The duet whose vocals impress the judges the most shall receive a golden coin.

Rupam Bharnahria and Shagun Pathak are the first duet group and they sing Anand Ji’s composition “Laila O Laila” and impress the judges with their vocals.

The third duet team is of Chirag Kotwal & Kavya Limaye who sing Anand Ji’s golden song “Chandan Sa Badan”. Anand Ji likes their performance and both of them receive the golden coin of the day.

The next duet performance is of Shivam Singh & Deboshmita Roy. It is Deboshmita’s birthday and it gets celebrated on stage with her parents.

Rishi Singh & Bidipta Chakraborty are the next ones to grace the stage and sing “Neele Neele Ambar”.

The next duet performance is of Pritam Roy along with Senjuti Das who brings Navratri sweets all the way from Kolkata for the judges as well as Anand Ji and his wife.

The 7th duet comprises Sanchari Sengupta & Anushka Patra, followed by the last performance of Navdeep Wadali accompanied by Vineet Singh who wins the judges’ hearts with their vocals. 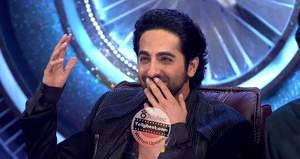 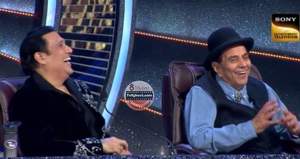 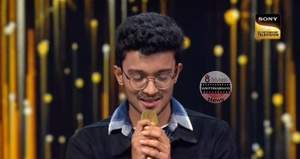 © Copyright tellybest.com, 2022, 2023. All Rights Reserved. Unauthorized use and/or duplication of any material from tellybest.com without written permission is strictly prohibited.
Cached Saved on: Monday 21st of November 2022 01:34:26 AMCached Disp on: Wednesday 7th of December 2022 01:00:08 PM