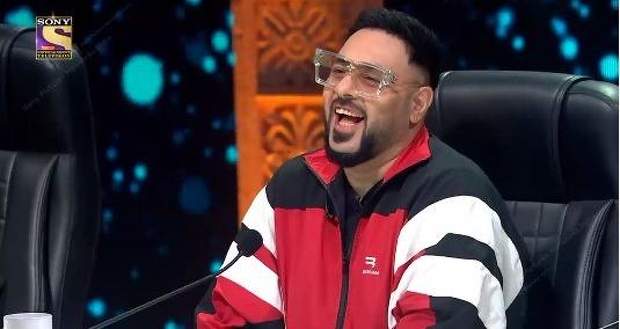 With its grand finale lined up soon, India’s Got Talent continues to entertain its viewers to the highest peak.

The latest promo for this weekend’s India’s Got Talent 9 (10 April 2022) shows the judges grooving to the beats of Ishita singing the song “Piya Tu Ab Toh Aaja”.

Shilpa Shetty and Kiran Kher join to dance on the stage along with Badshah and show their graceful moves mesmerizing the audience.

Arjun Bijlani goofs around with Kiran Kher as he messes with her by dancing along with her steps.

The recent promo for this week’s IGT9 (10-4-2022) shows the funny and hilarious act by the Warrior Squad where the little girl cosplays Kiran Kher.

Engaging Kiranji’s lines and reactions in between their performance, Warrior Squad creates an environment of laughter and nervousness too due to their stunts.

The judges get impressed by the performance of the Warrior Squad and give them the golden buzzer.

Today’s India’s Got Talent 9 episode starts with a special performance by the top 7 contestants for the finale of IGT9.

Starting the series of performances, Rishabh Chaturvedi comes up first and gains the golden buzzer from the judges for his rocking vocals.

Divyansh and Manuraj again get the golden buzzer for the last time from the judges as they spread their magic through their magical duo.

Next comes Bomb fire who makes the atmosphere sizzle with their hot moves and daring gymnastics.

Pulling their performance to another level, Warrior Squad comes up and shocks the judges with their outstanding stunts.

Ishita Vishwakarma mesmerizes the audience and judges with her beautiful voice with all the judges joining her to groove on the stage.

Once again, making the judges question the reality, B.S Reddy comes up with his mind-boggling magic.

The judges die with laughter as Badshah acts as a magician and stirs up comedy in his acts.

Ishita, Rishabh, Divyansh, and Manuraj present a special performance reminiscing the memories all of them have spent on the sets of IGT9.

Last comes up the Demolition Crew who proves their power through their performance.

The episode ends with Badshah and Jubin singing “Humma Humma” along with Divyansh and Manuraj assisting them. 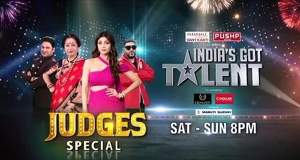 © Copyright tellybest.com, 2022, 2023. All Rights Reserved. Unauthorized use and/or duplication of any material from tellybest.com without written permission is strictly prohibited.
Cached Saved on: Monday 21st of November 2022 03:54:09 AMCached Disp on: Wednesday 7th of December 2022 11:55:36 AM