Jagaddhatri is an upcoming serial on Zee Bangla whose release date is not revealed yet.

Ankita Mallick is cast for the title role of Jagaddhatri and this is her debut serial. However, she is quite famous as a model.

Soumyadeep Mukherjee will act as the male protagonist in the serial and he is making his comeback with this show. The audience knows him from the "Tin Shoktir Adhar Trishul" serial on Colors Bangla.

Another popular face Rupsa Chakraborty will also be seen as Kankon’s mother in the show. Other cast members' names are not revealed yet.

According to some sources, Jagaddhatri will replace the Uma serial due to its low TRP. So we can guess that Jagdhatri will telecast on the 7 PM timeslot from Monday-Sunday.

The Jagaddhtri serial will probably start in September.

Here is the detailed description of the serial Jagaddhatri Zee Bangla, its Upcoming Story, Twists, Spoilers, Written Updates, TRP Ratings, and many more. 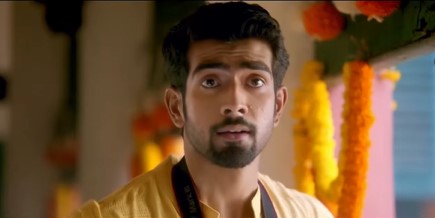 Jagaddhatri's storyline will revolve around the main character named Jagaddhatri who leads a double life.

After her mom’s death, she is raised by her uncles and aunts in a very traditional environment. This year during Jagaddhatri puja, Jagaddhatri takes the responsibility to make “Naru”(Bengali sweets).

On the other hand, the male protagonist is busy taking pictures of Jagaddhatri’s cousins.

The male protagonist and Jagaddhatri are both secret crime branch officers.

However, during the puja preparation, Jagaddhatri and the male protagonist get a notification on their phone and rushes to the crime scene.

At the same time, Jagaddhatri’s grandma urges her to bring holy water for the puja.

Near the Ganga bank, she saves a little girl named Kankan from some kidnappers like goddess Jgaddhatri. She even says that wherever Jagaddhatri steps foot, the crime vanishes from there.

After saving the little girl, Jaggddhatri returns to her home dressed like a normal girl with the male protagonist who is her best friend.

However, the male protagonist loves Jagaddahtri but she sees him as a friend.

It will be highly interesting to see how Jagddhatri will maintain her dual life without her family knowing.

Let’s see how the male protagonist and Jagaddhatri’s love story will flourish in the traditional environment.

This show wills showcase woman empowerment but with a slight twist, so we can accept good TRP.

As the show will represent the dual life of the female protagonist, the audience will be at the edge all the time which can help the show generate TRP.

Let’s see how the Bengali audience will preserve Ankita and Soumyadeep as a couple in future episodes of Jagaddhatri.

Q. Who is the female lead in the Jagaddhatri Serial?

A. Ankita Mallick is the female lead in the Indrani serial.

Q. What is the release date of the Jagaddhatri Serial?

A. The release date of the Jagaddhatri on Zee Bangla is not revealed yet.

Q. Which serial will be replaced by the Jagaddhatri serial on Zee Bangla?

A. As per some sources, the Jagaddahtri serial will replace the Uma serial on Zee Bangla.