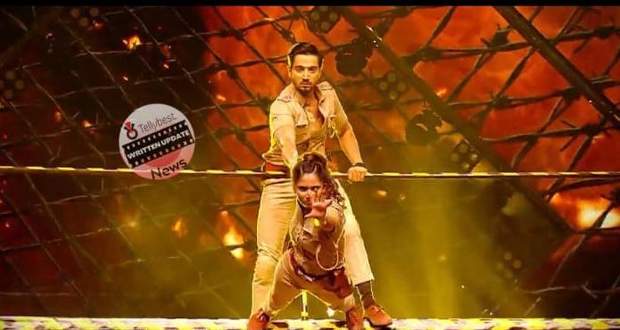 Today's Jhalak Dikhhla Jaa 25 September 2022 starts with Maneish calling Niti and Akash upon the stage for their performance.

Niti and Akash present a very beautiful dance performance on the song 'Pyaar Hua Ikrar Hua' that earns them a standing ovation from the audience.

As it comes to taking compliments from the judges, the guest of the week, Rohit Shetty, straight-forwardly states that he didn't like the performance at all.

Rohit makes Niti almost cry with his words while other judges enjoy the prank.

Everybody has good laughter when Rohit declares that he was the prank master of the school where Niti is a student.

Niti and Akash get a total score of 27 along with the golden stamp on the passport.

Next comes Amruta with her new choreographer for the week, Ashish, to give tribute to her idol Madhuri Dixit through her dance.

Amruta dances to the song "Dola Re Dola" so magnificently that she steals the hearts of the audience and the judges with her performance.

The performance receives a standing ovation from all and Madhuri joins Amruta and Ashish on stage to give the pleasure of seeing her dancing to the iconic song to all the viewers.

Afterward, Gunjan and Tejas's performance on the song "Bumro" makes the judges stand and give them a standing ovation.

Madhuri praises Gunjan's performance while Karan says that he wanted to do something different but what he saw was not bad too.

Gunjan and Tejas get a total score of 28 from the judges.

Shilpa Shinde and Nishal dance to the iconic song "Naino Me Sapna" with a fusion twist that stunts the judges and the contestants.

Madhuri asks Shilpa if her family is ready to talk to her again after seeing her on TV and she disappointedly says that they are still not in contact with her.

However, Madhuri tells her that she has a surprise for her, and Shilpa's brother comes there to surprise her which brings tears to everyone's eyes.

The judges give Shilpa a score of 22 points while advising her that she has to up her game.

Paras Kalnawat and Shwetha recreate the famous song "it's magic" dance with their own twist and later dance with Judge Nora Fateh which makes everyone cheer her up.

The pair gets 26 points from the judges with a lot of compliments.

Duttee Chand and Ravina's humorous performance in the song "Aati Kya Khandala" makes all the laughs roll out of their chairs in laughter.

Nora also goes on stage to dance with Duttee which makes everyone enjoy the moment after which she reveals about her partner and her love life.

Duttee and Ravina get a score of 21 points from the judges with a lot of claps and praises.

Afterward, the host Manish reveals that Dheeraj Dhoopar has been put on bed rest for medical issues due to which his journey on JDJ ends here.

Lastly, Karan reveals that there is no elimination this week and bids goodbye to everyone.

In the latest promo of Jhalak Dikhla Ja 10 (25 September 2022), Faisal with his skipper Vaishnavi perform a fierce contemporary dance and perform dangerous stunts on a moving platform on the iconic song "Singham''.

The recent promo of Jhalak Dikhhla Jaa 10 (25-09-2022) shows Rohit Shetty introducing a new twist in JDJ and challenging the contestants to perform a mind-blowing dance that contains a fear factor in it.

This week KKK Grand Finale will play along with JDJ 10. The aim is to entertain the audience with both dance performances and the thrill of stunts. 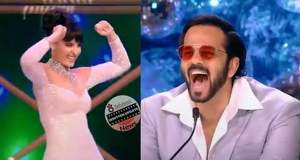 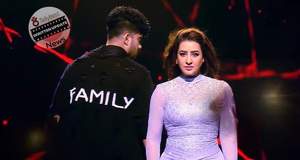 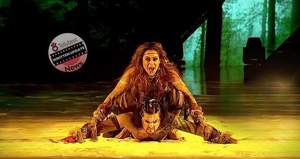 © Copyright tellybest.com, 2022, 2023. All Rights Reserved. Unauthorized use and/or duplication of any material from tellybest.com without written permission is strictly prohibited.
Cached Saved on: Monday 21st of November 2022 07:22:54 AMCached Disp on: Tuesday 6th of December 2022 01:28:27 PM