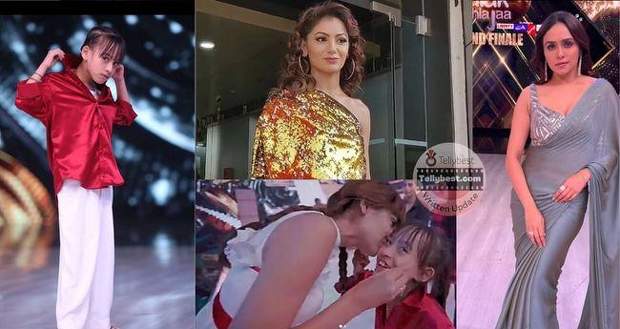 The pair make an amazing entry with a dance performance as the audience cheers them on.

Further, Judge Karan Johar congratulates Varun for completing 10 years while Varun and Kriti seek blessings from him by teasing that he has become old now.

Manish informs the audience Nora Fatehi will not be able to attend due to a family emergency and Terence Lewis is going to fill in for her.

Varun talks about the battle between contestants Gashmeer Mahajani and Nishant Bhatt.

Gashmeer and Nishant battle each other with extravagant performances while the judges get mesmerized by their performances.

Afterward, Varun tells Karan that he would like to play a game with him and invites him to a segment of Vaste of Time with Varun Dhavan as a guest.

Varun asks Karan questions regarding his life and entertains the audience.

Manish afterward calls all six contestants on the stage and reveals that it is time for the first elimination of the episode.

Varun and Kriti hug the eliminated contestant Nishant Bhat and Anuradha Iyengar and announce him as the 5th runner-up.

Afterward, Judge Maduri Dixit requests Gashmeer Mahajani and Varun Dhavan to have a battle about who can flirt with Kriti better.

A few rounds after, Varun tells Gashmeer to dance with Kriti to a song from the new movie 'Bhediya' and impress her to get all the roses.

Contestants Gunjan Singh and Tejas Verma lit the stage on fire with the collaborated performance of the song 'Allah Duhai Hai' with Team Thirteen.

Rubina Dilaik stuns the judges with her visuals and expression in her performance on the song 'Mohe Ang Laga De Re' while Faizal Sheikh dances to the song 'Dil Se Re' and leaves everyone cheering for him.

However, Sriti Jha's amazing performance on the song 'Dheevara' with the fire elements literally burn the stage.

Later, Faizal Sheikh, Sriti Jha, and Rubina Dilaik do an extensive collaborative performance on the song 'Malang' and shock everyone.

For the second elimination of the episode, Sriti Jha and Gashmeer Mahajani get eliminated.

As for the last dance battle between the judges, Madhuri and Karan once again dance with humor and entertains the audience.

As for the result, the contestants say that it is a tie as both of them are the best dancers.

Madhuri further welcomes the host of Bigg Boss 16, Salman Khan through the screen as Salman greets everyone.

Salman greets the contestants and jokes with Rubina about her married life with Abhinav Shukla.

Further, Salman makes the housemates of the BB House greet the JDJ 10 contestants and judges.

Madhuri reveals that she is a fan of Abdu and requests him to sing for her.

Madhuri jokes with all the other contestants while Salman teases Karan by saying that he is a great singer.

Rubina gives advice to the housemates of BB House saying that they should be true to themselves.

Salman also greets another winner of Bigg Boss, Shilpa Shinde, and tells her to give advice to the current contestants.

Shilpa tells the contestants that nobody becomes the winner by cooking.

Salman also makes the judges and the special guests of JDJ play the 'Galatfehmi Ke Gubbare'.

Once Salman bids goodbye, the judges announce that Rubina and Sanam are the most Sahi Hai Jodi of the season.

Lastly, Karan Johar announces that Gunjan and Tejas are the winner of the season and give them a trophy along with a cash prize of 20 lakh rupees.

In the latest promo of Jhalak Dikhla Ja 10 (27 November 2022), the finale contestant Rubina tells about her performance which is both Indian and contemporary.

Another promo of Jhalak Dikhhla Jaa Season 10 (27-11-2022) shows Sriti Jha interacting with the audience and appealing for votes and giving her love to them. 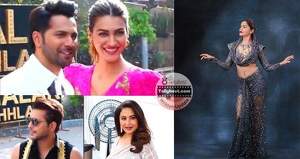 © Copyright tellybest.com, 2022, 2023. All Rights Reserved. Unauthorized use and/or duplication of any material from tellybest.com without written permission is strictly prohibited.
Cached Saved on: Wednesday 25th of January 2023 09:06:52 AMCached Disp on: Thursday 2nd of February 2023 07:46:29 PM