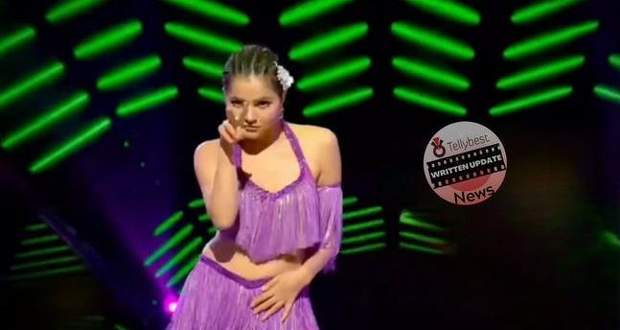 Today's Jhalak Dikhhla Jaa 10 30th October 2022 episode starts with Nia performing with her performer Tarun on the song “Manmohini” and does a Salsa dance style.

After the performance, Terrace gives a standing ovation and gives a perfect score to Nia.

Afterwards, from Madhuri’s team, Gunjan and Tejas performed the song “Darling” and does a fusion of Salsa style and hip hop with lots of lifts and pulls.

After the performance, Terrace praises their footwork and gives a perfect score.

Sonakshi Sinha dances with Gunjan and Tejas in their movie song.

Meanwhile, from Karan’s team, Gashmeer and his skipper Romsha perform the song “Dhan-Te-nan” and do the Argentine Tango while imitating characters from the legendary movie Joker.

Later, Niti Taylor and her skipper Akash perform the Cha Cha Cha dance style on the song “Ramta Jogi” and do lots of footwork and lifts.

After the performance, Sonakshi praises their performance and their footwork.

After the performance, Madhuri compliments Sriti’s modern style and her perfection.

Meanwhile, Ada Malik performs with her skipper Shyam in a dance style called lyrical Hip Hip on the song “Pehla Nasha”  imitating a prince and princess.

Adaa Malik gets eliminated from the JDJ season 10.

In the latest promo of Jhalak Dikhla Ja 10 (30 October 2022), from Karan’s team, Gashmeer does an outstanding performance by imitating joker and doing a contemporary dance with his skipper Romsha.

In another promo of Jhalak Dikhla Ja Season 10 (30-10-2022), Rubina Dilaik and her skipper Sanam Johar perform the song “Babu Ji Zara Dheere” and perform a contemporary dance containing lots of lifts and tricks.