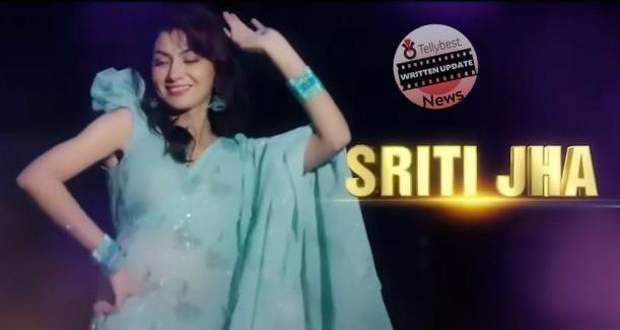 This week Neetu Singh will grace the show as a special guest and the episode will be celebrated keeping the Kapoor Family in mind.

In the latest promo of Jhalak Dikhla Ja 10 (8 October 2022), Nishant Bhatt announces his entry into the show as a wild card contestant and says his journey of dance started from JDJ as a choreographer and now he is back on the same stage as a celebrity dancer.

Another recent promo of Jhalak Dikhla Ja Season 10 (08-10-2022) shows a voice announcing the entry of Television favourite Bahu “Sriti Jha" while she slowly grooves on the song “Manike” in a delicate manner.

Later, Niti Taylor gives a performance with her choreographer showing the love story of Ranbeer and Alia.

Sriti Jha puts the stage on fire with her flawless dance and Indian classical dance style in the song “Deewani Mastani” and mingles with her skipper Vivek and does advanced tricks with him.

After the performance, Karan praises her amazing debut and praises her grip on the classical dance style.

Later, Gashmeer and his skipper Romsha dedicate their performance to Rishi Kapoor and perform his legendary song “O Meri Sharmili” and do a salsa-style dance with lots of tricks and expressions.

After the performance, Neetu calls Gashmeer hot and praises his dancing style.

Later, Madhuri praises his salsa style and says he reminded her of Shashi Ji.

As expected, Gashmeer gets a golden stamp in his JDJ stamp.

Just then, Neetu introduces another wild card Kili Paul and he enters the stage in style.

Kili Paul dances to the song “Khali Bali” in his unique style with background dancers.

After the performance, Kili impresses Madhuri Dixit with his Hindi Shayari and entertains the audience with his acting.

Later, Rubina comes with her skipper Sanam and represents Karishma Kapoor through her dance on the song “Le Gayi” and fuses Kathak with Bollywood style and does amazing acrobat tricks.

After the performance, Karan praises Rubina's delicate nature and Nora Fatehi compliments her femininity of Rubina.

Later on, Gunjan puts the stage on fire with her representation of Kareena Kapoor and imitates K3G iconic dialogue and performs with Tejas on the song “You Are My Sonia” and do a fusion of hip hop and Bollywood style.

After the performance, all judges praise their performance in awe and Gunjan and Tejas get a perfect score and a golden stamp on her JDJ stamp.

Afterwards, Neetu Singh surprises everyone with another wild card entry of Nishant Bhatt.

Meanwhile, Nishant Bhatt performs with his skipper Anuradha on the song “Ami Je To Tomar” narrates his life story in JDJ in his classical dance style.

After the performance, Nishant gets a standing ovation from all the judges.

Meanwhile, Madhuri Dixit praises his journey and tells him that she is proud of him and Nora gives him a JDJ passport.

After the performance, Nora Fatehi praises her facial expressions and Niti gets a perfect score and a golden stamp.

Meanwhile, Neetu Singh shares some moments of Ranbir and Alia’s marriage while Madhuri gifts her a Bal Gopal.

In the end, Karan introduces Kili Paul as a guest and tells everyone he is not a wild card contestant and bids him farewell.

© Copyright tellybest.com, 2022, 2023. All Rights Reserved. Unauthorized use and/or duplication of any material from tellybest.com without written permission is strictly prohibited.
Cached Saved on: Monday 21st of November 2022 01:12:26 AMCached Disp on: Wednesday 7th of December 2022 01:04:23 PM