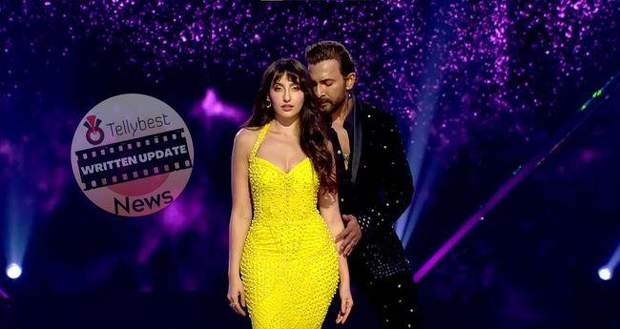 Jhalak Dikhla Ja season 10 13th November 2022 episode starts with a mashup performance by all the contestants on the songs from the 90s while host Manish Paul states that this week's theme is a tribute to the 90s.

The first ones to perform are Sriti Jha and Vivek Chachere whose unique performance on the song 'Taal Se Taal Mila' who get perfect scores along with the golden stamp on their passports.

Gashmeer Mahajani requests Madhuri Dixit to recreate a scene with him as the show is near its grand finale.

Afterward, Rubina Dilaik and the choreographer Sanam Johar leave the judges shocked with their romantic and sensual dance performance on the 'Kya Kehdiya' which earns them a golden stamp along with 29 points.

Further, the judges play a game where they have to dance and keep up with the song as it speeds up and slows down.

Nishant Bhat and Anuradha Iyengar give a comedic performance on the song 'Chaat Pe He Behnoi' and earn them a perfect score of 30 along with the golden stamp.

Nishant and Gashmeer again have a friendly competition while the judge calls both of them talented.

Guest singer Vishal gives a fabulous performance while Terance Lewis dances to it and brings it to life.

Afterward, Niti Taylor and Akash Thapa get the Sahi Hai Jodi coin while Manish reminds them that Rubina and Sanam still have the most coins.

Niti and Choreographer Akash Thapa light the stage on fire with their 'Saat Samundar Paar' performance but have a mishap in the middle which leads to them stopping their performance midway.

The pair gets 24 points while Niti promises the judges and the viewers that she will work hard and will not let them down.

Lastly, everyone gets worried about the news of elimination while Judge Madhuri reveals that there will be no elimination.

Afterward, Gashmeer Mahajani and Romsha Singh get the golden chair and become the first finalists of the season.

In the latest promo of Jhalak Dikhla Ja 10 (13 November 2022), the special guests/judges make their entry as the host welcomes them and makes them sit in their seats.

Another promo of Jhalak Dikhla Ja Season 10 (13-11-2022) shows judge Nora Fatehi and the special Judge Terrance Lewis giving a spectacular and steamy performance which gets them a stand ovation from everyone.

A glimpse of the performances of other contestants such as Gunjan and others is also shown which makes the viewers eager for the episode. 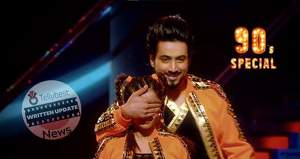 © Copyright tellybest.com, 2022, 2023. All Rights Reserved. Unauthorized use and/or duplication of any material from tellybest.com without written permission is strictly prohibited.
Cached Saved on: Monday 21st of November 2022 12:50:35 AMCached Disp on: Wednesday 7th of December 2022 02:56:39 PM