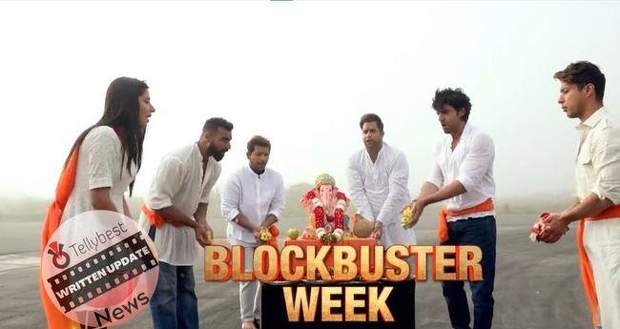 In the latest promo of KKK12 (28 August 2022), the contestants are seen doing Pooja of the Ganesh idol and dancing around it to celebrate the festival Ganesh Chaturthi.

In the promo, the background voice says that the contestants are going to celebrate the festival with enthusiasm in Capetown and do their tasks with full force.

The audience will get to see their favorite contestants performing a lot of adventurous tasks and stunts in the eighteenth episode of Khatron Ke Khiladi 12 on (28-08-2022) at 9 P.M. on Colors TV.

The episode of 28 August 2022 starts with the host Rohit Shetty welcoming the contestants and telling Rajiv that he has a chance to pay off Faizu but completing one task and getting him out of elimination.

However, in reality, it is a prank on Rajiv as Rohit blindfolds him and makes him think that he is in the middle of a plant midair when in reality is on the terrace rounds only.

Afterward, Rohit tells the contestants that they will have to walk on a midair plant on the edge of the building and cross the pully to jump from there to mark the end of the task.

From Mohit and Faizu, Mohit wins and gets the remove the Fear Fanda.

Faizu still has to wear his Fear Fanda.

In the second stunt, the contestants will have to put their heads inside three different boxes filled with reptiles and other animals and unscrew all three washers with their mouths or cheeks to complete the task.

For Nishant and Rajiv, Rajiv wins and gets to remove the Fear Fanda.

Nishant fails and has to wear his Fear Fanda.

At the third task location, the contestants will have to stand inside a box filled with snow which will have ten pipes from which chilled cold water will be coming out.

The contestant will have to stand in the snow and chilling water for one minute and then find the knobs for all the ten pipes under seven minutes to complete the task.

In the end, Faizu loses by mere seconds and gets elimination as the contestants bid him goodbye. 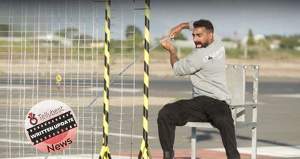 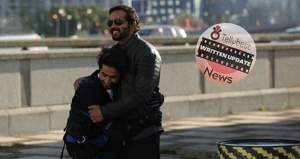 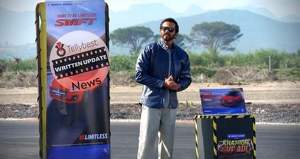