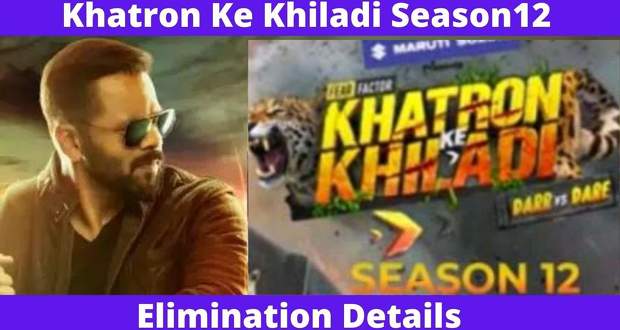 The action-based Khatron Ke Khiladi Season 12 reality show has hit our television screens on Colors TV as well online on the Voot app.

The action director, Rohit Shetty is the host of the show and also decides the stunts with the Khatron Ka Khiladi 2022 team.

The KKK12 elimination process of Khatro Ke Khiladi season 2022 starts with the stunt round.

The format of the reality show follows the pattern where the contestants who score the least scores in the stunt round requires to gather votes to be saved from elimination.

Here is a detailed description of the format of Khatron Ke Khiladi 12 and its elimination/eviction process:

On 11th September 2022, Tushar Kalia won the Ticket to Finale and does not have to do any tasks until the finale week.

On  24th September 2022, Kanika Mann got eliminated as a lost the elimination task to Jannat.

On 18th September 2022, Rajiv Adatia got eliminated from the semi-finale as he failed to complete the task while Nishant Bhatt had to be eliminated due to his health deterioration. On the other hand, Mohit Malik and Kanika Mann won the tasks and got through the semi-final into the finale week.

On 11th September 2022, NO ELIMINATION due to it being the Ticket the Finale week. Tushar won the TTF and became the first finalist of KKK 12. Meanwhile, Rubina Dilaik, Jannat Zubair, and Faizal Shaikh won the tasks and got through the semi-final into the finale week.

On 4th September 2022, Pratik Sehejpal aborted the elimination task and left the show. At the same time, Sriti and Faizu came back to get a chance from which Faizal Shaikh won and got re-entry into the show.

On 28th August 2022, Faizal Shaikh gets eliminated and leaves the show KKK 12 as he fails to win the elimination task.

On 21st August 2022, Sriti Jha gets eliminated and leaves the show KKK 12 as she aborts the elimination stunt and fails to win.

On 14th August 2022, Kanika Mann won the K-medal and got the advantage to back out of any task or any elimination in the future for a single time.

On 13th August 2022, Pratik Sehejpal re-entered the show by getting a second chance from Rohit Shetty.

On 7th August 2022, Chetna Pande exits the show KKK 12 as she aborts the stunt and fails to win.

On 31st July 2022, Pratik Sehejpal got eliminated and exited the show as he aborted the elimination task and lost.

On 24th July 2022, Shivangi Joshi gets eliminated from the show as she takes the most time to complete the task.

On 17th July 2022, Aneri Vajani exits the show KKK12 as she is not able to perform the task on time.

On 3rd July 2022, Erika Packard failed to complete the elimination task and have to leave the show.

Here is the table showing the name of the selected contestants of Khatron Ke Khiladi.

Keep visiting this article to keep yourself updated with elimination details of Khatron Ke Khiladi 12. 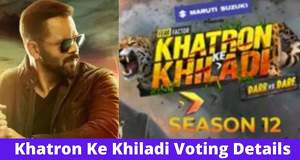 © Copyright tellybest.com, 2020, 2021. All Rights Reserved. Unauthorized use and/or duplication of any material from tellybest.com without written permission is strictly prohibited.
Cached Saved on: Sunday 25th of September 2022 07:25:49 AM