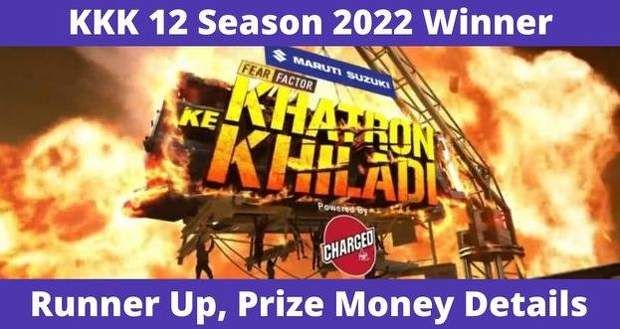 The winner of Season 12 Khatron Ke Khiladi will be selected based on the scores of the last stunt done by the contestants on the day of the finale. The telecast date of the KKK 12 grand finale is 25th September 2022 on Colors TV and Voot.com based on prediction.

Contestants Tushar Kalia, Mohit Malik, Rubina Dilak, Jannat Zubair, and Faizal Sheikh (Faizu) have reached the finales making them the top 5 finalists of Khatron Ke Khiladi season 12. The impressive performance of the five contestants has made them a part of the KKK 12 grand finale.

On 11th September 2022, Tushar Kalia won the first ticket to the finale.

Among all contestants, Tushar Kalia has shown a winning streak in all of the stunts he has participated in which makes him the biggest rival for all the other contestants due to his mental and physical strength giving him an advantage over others.

Faizu is the unpredictable contestant as he had been eliminated but Rohit Shetty brought him back as a wildcard and gave him a second chance to prove his worth in the Khatron Ke Khiladi which Faizu did by reaching the Top 5. He is considered to be a strong competitor of Tushar due to his skills and agility.

Rubina and Jannat being the only two girls in the Top 5 have proved their determination to win the task no matter what hurdles come their way.

Jannat is said to be the underdog of the whole show as the other contestants did not take her determination and desire to win into consideration due to her young age.

Meanwhile, Rubina is said to be the most critical contestant on the show and the most willing to take on the task and overcome her fears due to her desire to win.

Last but not least, Mohit Malik, who had a hard time keeping himself out of the elimination zone due to being slower than other contestants has also managed to enter the top 5 list due to his competitive skills and the enthusiasm to not abort any of the tasks he has participated in.

The main competition is expected to exist between Tushar Kalia and Faizal Sheikh. However, the decision depends on winning the last task which has led to the audience getting unexpected winners in the previous seasons too.

We anticipate "Tushar Kalia is the winner of Khatron Ke Khiladi (KKK) 12 Season 2022".

We congratulate all the finalist contestants and wish them only the best for the grand finale to win the Khatron Ke Khiladi 12 title and be crowned the winner.

© Copyright tellybest.com, 2022, 2023. All Rights Reserved. Unauthorized use and/or duplication of any material from tellybest.com without written permission is strictly prohibited.
Cached Saved on: Wednesday 25th of January 2023 02:31:34 PMCached Disp on: Monday 6th of February 2023 05:57:39 PM