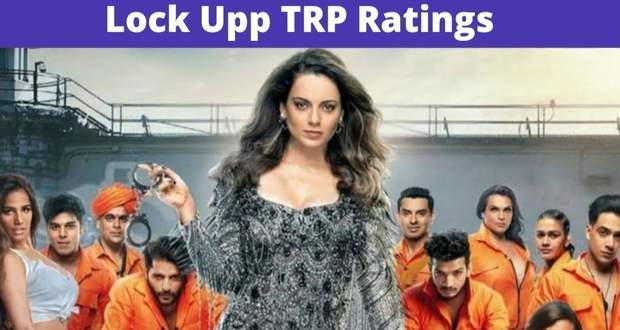 The reality show "Lock Upp" is hosted by fiery Kangana Ranaut and it premiered its first episode on 27th February 2022.

Lock Upp has ranked top in the list of top 10 OTT shows. It got more than 15 million views in just 48 hours roaring its way up and breaking the records and becoming one of the hottest topics on social media.

The show has overall got 500+ Million views in its lifetime which is the highest for an online show in India.

Since the show Lock Upp on MX Player & Alt Balaji is telecasted on the OTT platform so the TRP is not calculated in points but in terms of viewership.

The reality show Lock Up India is watched more on MX Player as it is a free platform compared to Alt Balaji which is a paid platform.

The recent entry of Karan Kundra as a jailor has spiced up the show.

Kangana Ranaut, Ekta Kapoor, and the whole team of Lock Upp are basking its success as it has reached 100 million views in just 19 days becoming the highest watched reality show on the Indian OTT platform.

The revelation made by Tehseen Poonawalla about him sleeping with the wife of India’s heftiest industrialist at the time of his deportation yanked everyone’s interest.

The TRP will gradually aggravate as the show intensifies with its gossip, glamour, and controversies.

Let us all get ready to witness a lot more controversial gossip, hidden spicy and juicy secrets that are yet to be revealed in the future episodes of Kangana Ranaut's Lock Up show.

© Copyright tellybest.com, 2022, 2023. All Rights Reserved. Unauthorized use and/or duplication of any material from tellybest.com without written permission is strictly prohibited.
Cached Saved on: Wednesday 25th of January 2023 05:27:29 PMCached Disp on: Thursday 9th of February 2023 04:26:21 AM