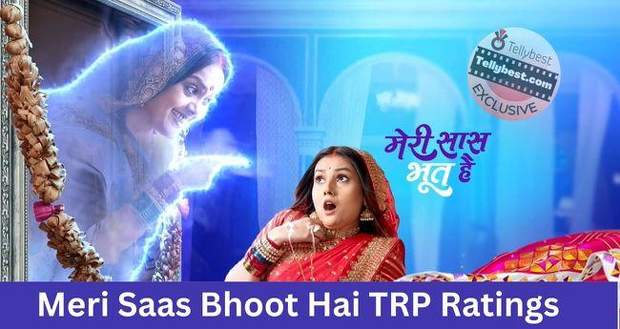 Star Bharat has come up with a new serial named "Meri Saas Bhoot Hai" which started airing on 23rd January 2023 with a telecast time of 7:30 PM.

The opening/first-week TRP of Meri Saas Bhoot Hai is 0.2 which is not too good but it is expected to pick up if the characters get connected with the viewers in the upcoming episodes.

The leads of the Meri Saas Bhoot Hai Hindi serial will be played by actresses Sushmita Mukherjee, Kajal Chauhan, and Vibhav Roy.

They will play the role of Rekha (the ghost mother-in-law), Gaura (Som's wife), and Som (Rekha's son) respectively.

Meri Saas Bhoot Hai serial on Star Bharat is a remake of one of the popular Bengali TV Comedy shows by the name of Chuni Panna.

At the start of the serial, Rekha will be alive but will die later in the show with her final wish of becoming the mother-in-law of Som's wife.

In the upcoming episodes of the Meri Saas Bhoot Hai serial, Gaura will fall in love with the kind-natured Som, unaware of the fact that Rekha's ghost resides in the mansion.

Actor Vibhav Roy is well known for his role as Nikhil in Life OK's Gustakh Dil while the actress Kajal Chauhan has been for her role in shows such as Naye Shaadi Ke Siyape and Molkki. 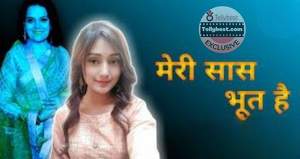 © Copyright tellybest.com, 2022, 2023. All Rights Reserved. Unauthorized use and/or duplication of any material from tellybest.com without written permission is strictly prohibited.
Cached Saved on: Thursday 2nd of February 2023 07:42:57 PM