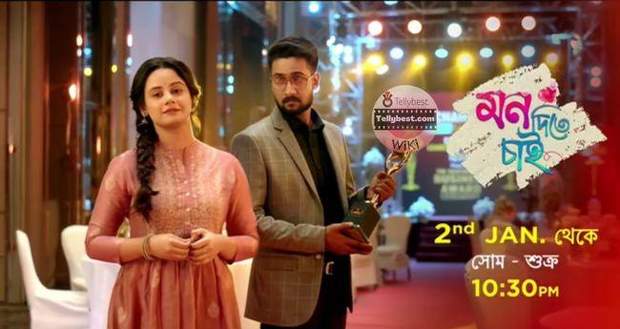 Zee Bangla is releasing a new serial to entertain the audience this new year named MonDite Chai (I want to give you my heart).

Arunima Halder and Writwik Mukherjee will be seen as the lead actors in the serial.

Arunima Halder is a young Tollywood actress who played roles in many Bengali movies like Paap, Tritiyo Adhyay, and Belashuru.

She is mainly known for her role as Barfi in Star Jalsha's popular serial Ay Tobe Sohochori.

Writwik Mukherjee is also a popular face in Bengali television known for his role of Satyaki in the serial Ei Poth Jodi Na Sesh Hoi. 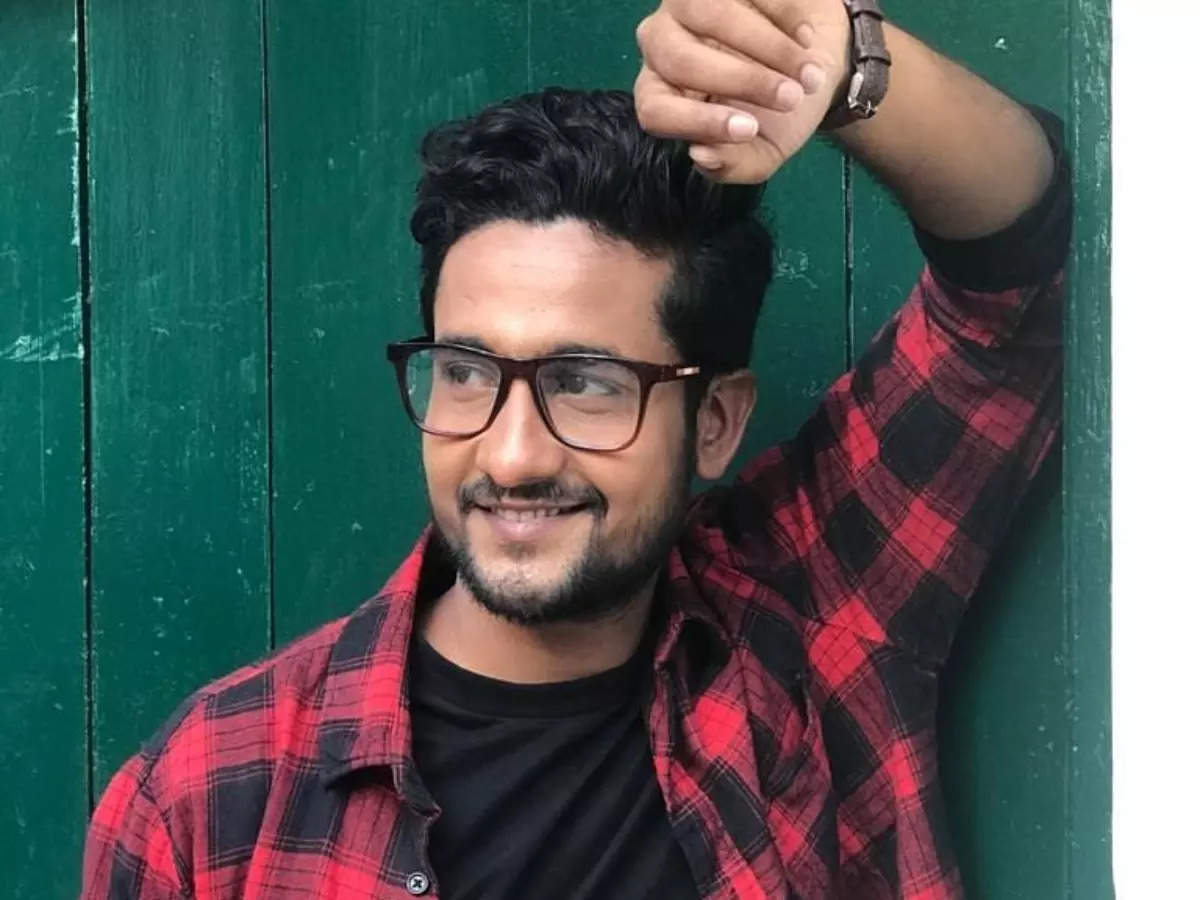 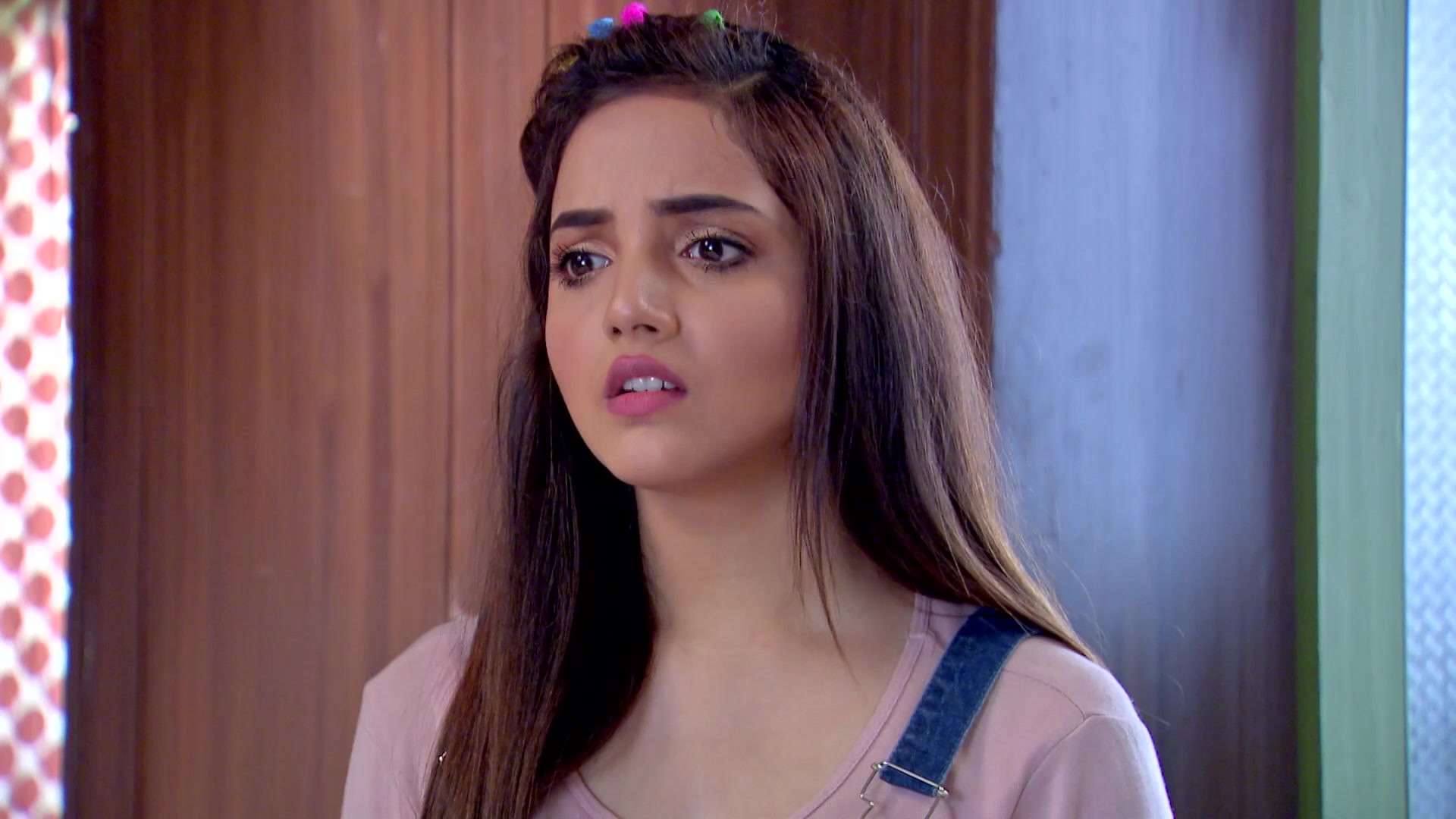 Somraj Banerjee is an arrogant businessman who thinks that women have no role to play in a man's success.

When asked by the media who the person is behind his success, Somraj reveals his own statue and says that he himself is the person who has worked hard to achieve his current success.

The female lead gets a big order from Somraj Banerjee but gets offended when she hears his words and perspective toward women.

She comes to meet Somraj and asks him to give that order to himself as he thinks that women are nothing more than a hurdle.

The female lead walks away after returning the advance in front of everyone while Somraj boils in anger.

The story of Mon Dite Chi will develop with the love plot between these two characters. It will be interesting to watch how romance blooms between such opposite personalities.

Mon Dite Chai is expected to get good TRPs due to its storyline and cast.

The audience loves to see the enemies-to-lovers storyline and is expected to enjoy the chemistry between the leads.

Both Arunima Halder and Writwik Mukherjee are known faces of Bengali television which will help the show attract viewers.

However, the time slot of 10:30 PM may pose a problem to get higher TRPs.

The story also portrays the idea of feminism through the female lead which is a well-discussed idea these days.

Let us see how Mon Dite Chai performs on the TRP charts in the upcoming episodes.

Q. Who is the female lead in the Mon Dite Chai Serial?

A.  Arunima Halder is the female lead in the Mon Dite Chai serial.

Q. What is the release date of Mon Dite Chai Serial?

A. The release date of the Mon Dite Chai on Zee Bangla is 2nd January 2023.

Q. Which serial will be replaced by the Mon Dite Chai serial on Zee Bangla?

A. As per some sources, the Mon Dite Chai serial will replace the serial Jamuna Dhaki.

© Copyright tellybest.com, 2022, 2023. All Rights Reserved. Unauthorized use and/or duplication of any material from tellybest.com without written permission is strictly prohibited.
Cached Saved on: Wednesday 25th of January 2023 09:33:15 AMCached Disp on: Sunday 5th of February 2023 04:24:14 AM