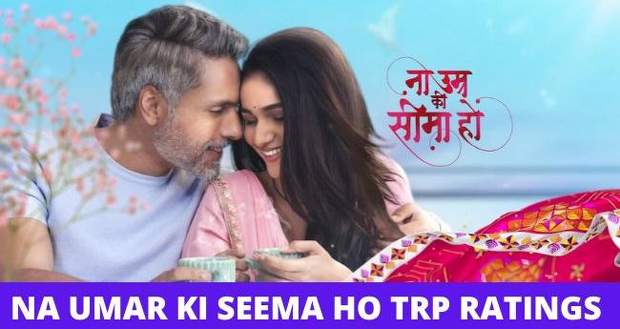 Star Bharat is making changes in leaps and bounds and has come up with another fascinating serial Na Umar Ki Seema Ho which has replaced Swayambar Mika Di Vohti.

Although this show will be new for Star Bharat viewers in reality it is a remake of the Bengali serial Godhuli Alap.

This intense romantic drama was screened on 26th July 2022 on Star Bharat and triumphed its viewers with its well-directed episode.

The story revolves around Dev that is Iqbal khan who is the step-elder son of the family and a billionaire. All his siblings are selfish and only go to him in times of financial crisis.

Meanwhile, Rachana Mistry who plays Vidhi a simple girl with a challenging habit of forgetting directions is ready to win the hearts of all the viewers.

So far Star Bharat has aggressively launched many new shows like Channa Mereya, Gud Se Meetha Ishq, Bohot Pyar Karte Hain, and Ajooni but hasn't been able to boost its viewership so far.

However, Star Bharat has a lot of expectations from NUKSH serial due to its vivid story and strong star cast.

The serial Na Umar Ki Seema Ho is here to challenge the TRPs of serials like Radha Mohan on Zee TV, GHKKPM on Star Plus, and Swaran Ghar on Colors TV.

Let us see how this intriguing romance story with a twist affects the viewership of the channel in TRPs and enters the hearts of its audience who are always on the lookout for some fresh perspective on a love story.

© Copyright tellybest.com, 2022, 2023. All Rights Reserved. Unauthorized use and/or duplication of any material from tellybest.com without written permission is strictly prohibited.
Cached Saved on: Wednesday 25th of January 2023 12:34:49 PMCached Disp on: Thursday 9th of February 2023 09:05:04 AM