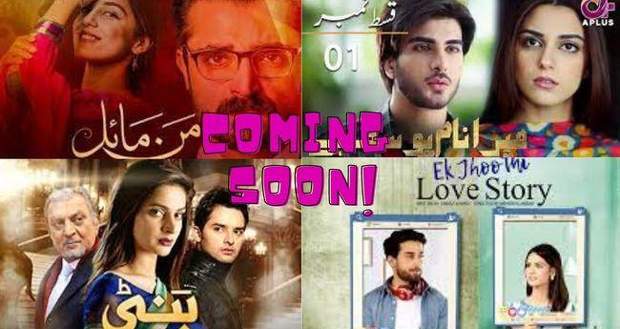 Zee5 has recently made an announcement that it is going to bring back a few very interesting Pakistani dramas to be telecasted on the Zindagi channel.

Pakistani dramas are all the rage among Indian viewers and their popularity can be measured by the millions of views every drama garnered on YouTube.

Zee5 is also lured by these drama plots and the TRP it will generate being the only channel to telecast these Pakistani dramas.

This Classic story is written by Samira Fazal and directed by Haseeb Hassan under the banner of MD production.

This story is about unrequited love, selfless giving, and domestic abuse that a woman suffers in her marriage.

The protagonist Hamza Ali Abbasi and Maya Ali has done justice to their characters. This is a must-watch Pakistani Drama.

It is a story of two young middle-class people who want to live an idealistic life and dreams big.

They even create fake profiles to meet their partner of dreams.

The story is compelling and has a new twist on an old tale.

The series is written by popular writer Umera Ahmad and directed by Mehreen Jabbar under the banner of Motion Content Group.

This story is very unique and the plot revolves around a young rich widow and phone snatcher young man Bunty who pursues love and ignores the one that is right before him until it's too late.

The drama is written by Khalil-ur- Rahman and directed by Siraj-ul-Haq.

Another Mehreen Jabbar-directed series based on the forbidden love of Zulaikha and Yousuf has its own charm.

Imran Abbas has captured the audience with his charming personality and wonderful acting whereas Maya Ali’s acting has also won many hearts.