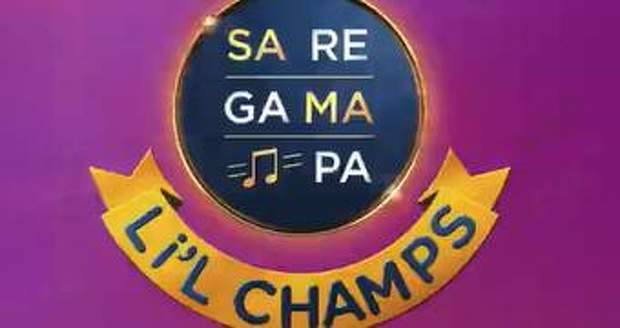 SaReGaMaPa (सा रे गा मा पा) is a Hindi reality singing television show that started airing on ZEE TV since its conception in 1995.

Dubbed one of the oldest running reality TV shows in India, its name has been derived from the first five notes in the octave of divine classical Indian music.

Until 2005, Sa Re Ga Ma Pa had a standard format wherein the judges would judge the contestants and score them based on their singing abilities.

However, this format changed with the arrival of the Sa Re Ga Ma Pa Challenge which introduced the judges as mentors, and the scoring was given into the hands of the public.

A sub-series of SaReGaMaPa, the children's version, Sa Re Ga Ma Pa L'il Champs 2022 is back with its brand new ninth season this year.

Saregamapa Little Champs Kids 2022 will replace DID Super Moms 3 in September 2022 and will be hosted by Bharti Singh.

The release date of Season 2022 Saregamapa Li'l Champs is expected at the end of September 2022.

Here are all the details of the show Sa Re Ga Ma Pa Lil Champs on ZEE TV, its latest news, written updates, trp ratings and many more.

To be updated soon. Check back soon to find out the confirmed contestants' names here soon.

Sa Re Ga Ma Pa Lil Champs is a Hindi reality singing TV show where the finest singers of India gather together and act as mentors/judges for the contestants who are young children.

The contestants are enrolled in the show based on the auditions that are held throughout India.

Each week in the Sa Re Ga Ma Pa Lil Champs show has different themes according to which the contestants prepare their performances.

Every week, an honorary guest is also invited to the show, be it an actor who wants to promote his or her new film, a celebrity chef, or any other notable artist.

Also, due to its success and popularity, there have been different versions of Sa Re Ga Ma Pa Lil Champs remade in languages like Bengali, Kannada, Punjabi, Tamil, Telegu, Malayalam, Bhojpuri, etc.

Being a reality show, Sa Re Ga Ma Pa Lil Champs has a lot of competitors to fight.

However, being the oldest running show, it never fails to appear in the Top 10 shows having the highest TRP Ratings.

Sa Re Ga Ma Pa Lil Champs 2022 will have Shankar Mahadevan, Neeti Mohan and Anu Malik as the judges.

With a lot of experience up their sleeves and a large fan following their melodious tunes, Sa Re Ga Ma Pa Lil Champs 2022 is expected to get very good TRP Ratings.

To Be Released. Check back soon to see the official promo here first.

A. The premiere date of Sa Re Ga Ma Pa Lil Champs 2022 is yet to be released.

Q. Who will be hosting SaReGaMaPa Lil Champs 2022?

A. The airing time for Sa Re Ga Ma Pa Lil Champs 2022 has not been released yet. However, once the show airs, you can re-watch the episodes on Zee5 if you miss them live. 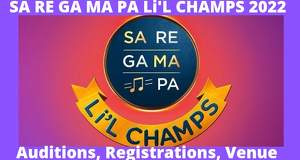 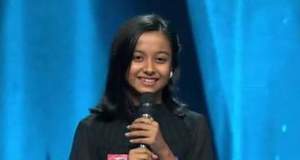 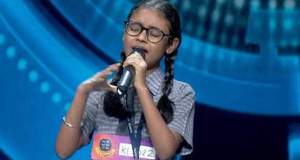 © Copyright tellybest.com, 2020, 2021. All Rights Reserved. Unauthorized use and/or duplication of any material from tellybest.com without written permission is strictly prohibited.
Cached Saved on: Friday 5th of August 2022 11:31:19 PMCached Disp on: Wednesday 17th of August 2022 06:39:46 PM