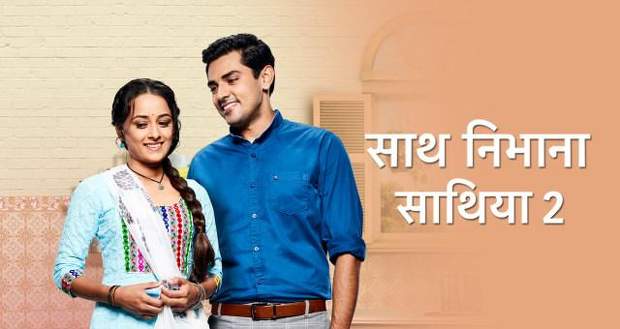 Star Plus’s latest popular serial, Saath Nibhaana Saathiya 2 (SNS 2) has brought the emotional story of Gehna who fights to get respect as a daughter-in-law.

Saath Nibhaana Saathiya 2 serial has made a remarkable comeback after weeks of staying at the lowest TRP list and has now finally gained a better position in the TRP rating list.

Gopi and Kokila visit the Desai house and eventually find Ahem there. They also fight for Gehna’s rights as a member of the house.

Soon, the characters leave the new season and the story focuses on Gehna and her condition in the house.

She is treated as a servant by the daughters-in-law of the house, Kanak and Hema. Anant tries to support Gehna but eventually, his attention diverts to his one true love, Radhika.

Radhika and Anant are all set to get married while Gehna’s alliance gets fixed with another boy.

However, the boy doesn’t show up on the wedding day, and to save the respect of his father, Anant marries Gehna.

Radhika gets heartbroken while Jamna is also not happy with the wedding and rebukes Gehna.

Soon Radhika is out of the picture while Jamna eventually accepts Gehna as her daughter-in-law. Gehna is seen in a new light struggling to save her self respect,

Sneha Jain is seen playing the pivotal role name of Gehna in the SNS2 serial. The actress portrays the role perfectly with a perfect blend of innocence and fierceness in her persona.

Gehna is not ready to accept defeat and fights for her rights. She marries Anant under certain circumstances and does everything to prove her innocence when Kanak tries to trap her.

Gehna then expresses her feelings for Anant and is seen breaking down when Anant rejects her love.

Harsh Nagar plays the character role name of Anant Desai who is a mature and confident boy. He doesn’t like people who disrespect elders and speak lies.

He respects Gehna and wants the best for her. However, he doesn’t love her as he has only ever loved Radhika.

However, Anant doesn’t want to break Gehna’s trust and asks Radhika to leave.

The plot of Saath Nibhana Saathiya 2 is not unique but the characters sure provide a sense of freshness.

The role of Anant is very different from that of the earlier lead Ahem as he is more on the soft side.

He respects everyone and behaves nicely with Gehna. The role of Gehna is similar to Gopi but still brings a new twist in the way she rebels against the family.

Kanak and Hema’s negative roles also make the plot even more interesting. Each scene is sequenced in a nice fashion and never confuses the audience.

The story however could have been more unique. The serial had initially failed to gain viewership due to the slow plot.

The serial is now gaining TRP again because of the latest avatar of Gehna. 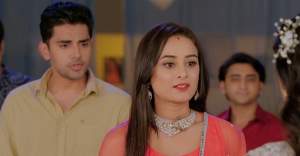