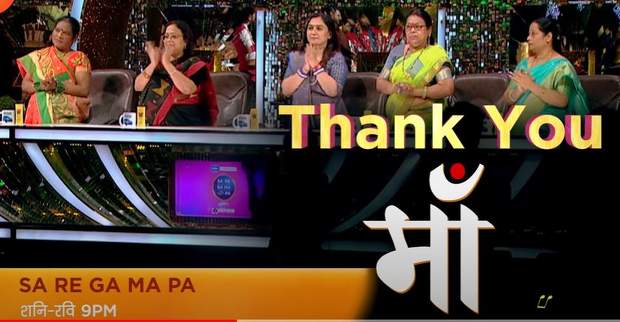 Zee TV's popular singing reality show Sa Re Ga Ma Pa 2022 is entertaining the viewers this weekend with a tribute to all the mothers.

SaReGaMaPa's recent promo for this weekend (15-1-2022, 16-1-2022) episode shows all the contestants honoring their moms on the stage of Saregamapa.

Further, Sachin Kumar takes his mother's blessings when she says that the only reason she is still alive is because of her son Sachin who was there for her.

The second promo of SaReGaMaPa 2022 for this weekend (15th January 2022, 16th January 2022) shows Vraj Kshatriya cleaning his mother's feet with milk to show respect and love towards her. He expresses that his mother has done a lot for him.

Download SaReGaMaPa 2022 or Live Stream on both Zee television and OTT platform Zee5.

Today's SaReGaMaPa 15th January 2022 episode starts with all the contestants taking blessings from their mothers.

Today's episode is dedicated to all the mothers. So, the judges honor them by offering them to seat in the judge's place.

The first performance is by Vraaj Kshatriya who dedicates the song 'Janam Janam' to his mother Jayshree.

Snigdhajit Bhowmik comes in next and sings the 'Maa(Kya Itna Bura Hoon Main)' song for his mom who has joined through a video call to watch him. The judges are impressed by his melodious voice.

Aditya introduces Baani, Ananya Chakraborthy's mother, and says that they couldn't bring her mother there. Ananya starts with her performance and sings the song 'Oo Dharti Tarse'. Her mom watches her from backstage and surprises Ananya at the end of her performance.

The next performance is by Sachin Kumar who sings a beautiful song 'Chunar' for his mother and they share an emotional moment after the performance.

Sanjana Bhat is the next performer but she has never seen her mother. So, she dedicates her song 'Aao Tumhe Chand Pe Le Jaye' to her daughters.

At Sanjana's request, the judges allow Sanjana's daughters to accompany her while she gives her performance.

The next performance is by Sharad Sharma dedicating his song 'Teri Ungli Pakad Ke Chala' to his mother who has been the greatest supporter in his life.

Rajshree Bag comes in next and sings the song 'Luka Chuppi' which makes her mother, Reema very emotional and teary.

Aditya introduces the next warrior, Dipayan Banerjee's mother, Sanchita. Dipayan takes her blessings and shows her his arm on which he has got her name tattooed.

Dipayan creates a melodious environment with his performance on the song 'Surmain Ankhiyon Mein'.

The last performance is given by Laj who sings in front of her mother's picture as she lost her mother a few years ago.

Today's SaReGaMaPa 16th January 2022 episode starts with Amit Kumar making a melodious entry on the stage of Saregamapa to celebrate the festival of Kishore Kumar.

Vraj Kshatriya comes on the stage to give the first performance and sings the song 'Chala Jata Hoon'.

The next performance is given by Rajshree Bag on the songs 'Tere Bina Zindagi Se' and 'Kahin Na Jaa'.

Snigdhajit Bhowmik comes in next and performs the song 'Bachna Ae Haseeno' and gets everyone on their feet.

When Dipaayan Banerjee comes to the stage, Amit says that he is looking forward to hearing Dipaayan because he has heard a lot about him following his father, Kishore Kumar.

Dipaayan sings the song 'Ye Jo Mohabbat Hai' and his tuneful voice impresses Amit and other judges after which Amit Kumar sings a duet with Dipaayan.

The next performance is given by Sanjana who dedicates a song to her husband. Firstly, she reads a poem for her husband and then sings the 'Agar Tum Na Hote' song with her melodious voice.

Sachin Kumar continues the show with his performance on the songs 'Aane Wala Pal' and 'Zindagi Ke Safar Mein'.

The next performance is given by Laj on the song 'Ek Ladki Bheegi Bhaagi Si' and amazes everyone on Saregamapa.

Ananya comes in next and sings the 'Foolon Ke Rang Se' song.

Next on stage is Sharad Sharma. He gives a stunning performance on the song 'Haal Kya Hai Dillo Ka'.

Lastly, Singdhajit and Vraj sing Kishore Kumar Ji's songs as an honor to him. 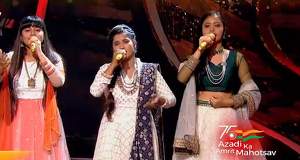 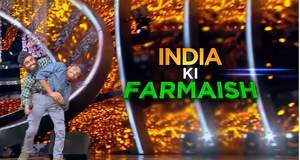 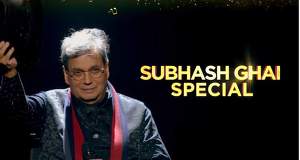