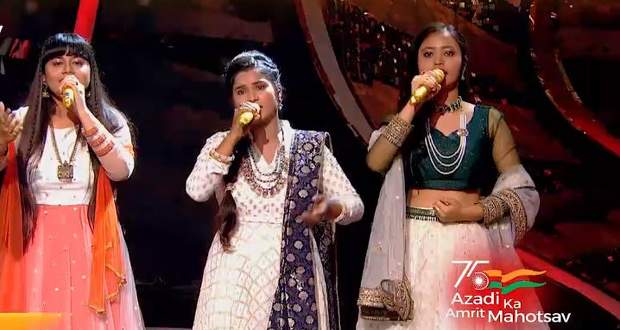 Zee TV's popular singing reality show Sa Re Ga Ma Pa 2022 is entertaining the viewers this weekend with special acts by the contestants on the occasion of Republic Day.

The second promo of SaReGaMaPa 2022 for this weekend (22 January 2022, 23 January 2022) shows the contestants talking about how they'll be enacting the freedom fighters in their performances along with singing.

Aditya introduces the founder of a girl's training institute after which the students of the institute showcase their talents.

The show starts with the heart-whelming performance by Rajshree Bag, Sanjana Bhat, and Neelanjana Ray on the song 'Vande Mataram' along which Rani Laxmibai's story is enacted.

Further, a soldier who has served in the Indian Army for 14 years reached the sets of SAREGAMAPA with his story of the Kargil War.

India's first commando trainer, Dr. Seema Rao is also known as Wonder woman is introduced by Aditya. She has been injured badly during training but to date, she has trained more than 15000 soldiers.

The next guest on Saregamapa is a grandchild of Vasu Lal Kapoor who died at the Jallianwala Bagh.

Offering salute and honor to the people who lost their lives in the Jallianwala massacre, an act of Uddham Singh's story is performed with which Sachin Kumar sings the song 'Teri Mitti' and touches every Indian's heart.

As a tribute to Mangal Pandey, his story is enacted along with the performance of Laj and Ananya Chakraborty who sing the songs 'Mangal Mangal' and 'Chale Chalo'.

The next performance is given by Snigdhajit Bhowmik and Sharad Sharma on the songs 'Vaishnav Jan Tho' and 'Bande Mein Tha Dum' which are accompanied by the life stories of Mahatma Gandhi, the father of our Nation, India.

Lastly, Shankar Mahadevan comes on the stage singing one of his most soulful songs, 'Sabse Aage Honge Hindustani'.

All the contestants, jury members, Himesh, and the host, Aditya join in to sing along and fill everyone's heart with pride and love for the country.

The judges also announce Sanjana, Rajshree, and Neelanjana as the performers of the week.

Today's SaReGaMaPa 23rd January 2022 episode starts with Sadhana Sargam and Anuradha Paudwal making an entry on the stage of Saregamapa.

The first performance is given by Sachin Kumar and Rajshree Bag on the song 'Teri Ummeed Tera Intezaar'. Helen Ji and the judges love their performance.

Neelanjana Ray comes in next and beautifully performs the 'Jiye Tho Jiye Kaise' and 'Pehla Nasha' songs. The guests are impressed by her voice.

To continue the show, Vraj Kshatriya and Sharad Sharma perform the song 'Nahi Ye Ho Nahi Sakta' and the judges love their performance.

Sadhana Ji says that in the last episode Sharad's mother complained that he has lost weight. So, she has brought a sweet dish 'Puran Poli' and feeds him and other contestants and judges.

At Aditya's request, Sadhana and Anuradha agree to play a game wherein they have to answer some questions with the options given to them.

On every question, they answer with the answer as Udit Narayan.

The next performance is given by Snigdhajit Bhowmik and Rajshree Bag who sing the songs 'Muje Nind Na Aaye' and 'Dhak Dhak Karne Laga'.

Laj and Ananya Chakraborty perform the song 'Saath Samundar' in their beautiful voices. Everyone is overjoyed to enjoy their performance as Sadhana Sargam joins them in between.

Further, Rajshree Bag and Neelanjana Ray sing the song 'Chupke Se' and everyone loves their performance.

The last performance is by Snigdhajit Bhowmik who sings the song 'Kuch Na Kaho' and his voice quality impresses everyone on Saregamapa.

Lastly, the contestants who are eliminated this week are Vraj Kshatriya and Dipaayan Banerjee. 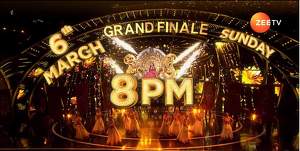 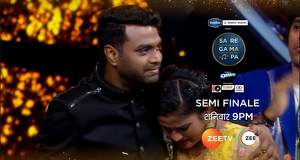