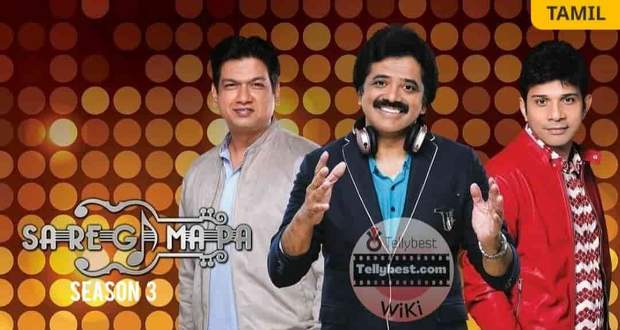 The show is a singing competition, and the judges choose, while they are blindfolded, the top twenty singers who advance to the next rounds.

Saregamapa Season 3 will launch on 18th December 2022 at 8.00 PM and will be telecasted on Saturdays and Sundays each week.

The show will be available on both Zee Tamil and Zee5 online.

Here are the complete details of the new reality show Saregamapa Season 3 and the various participating contestants.

This show is completely based on judges' scores and the judges score them based on their performances each week.

The one who manages to impress the judges in all the rounds will hold the opportunity to reach and compete in the finale.

The least performers will be evicted from the show each week and will be provided another opportunity to enter the show through wildcard rounds.

Saregamapa Season 3 is a world-famous singing show which has attracted audiences around the world.

The success of the show in seasons 1 and 2 have paved the way for the grand launch of the new Season in Zee Tamil.

Season 3 is expected to be a grand hit as it has obtained the interest of Zee Tamil viewers around the World.

Q. Who are the anchors of Saregamapa Season 3?

A. The anchor of the Saregamapa Season 3 is Archana Chandoke.

Q. Where can I watch the show Sa Re Ga Ma Pa 3 online?

A. The show Saregamapa Season 3 can be watched online at Zee5.

© Copyright tellybest.com, 2022, 2023. All Rights Reserved. Unauthorized use and/or duplication of any material from tellybest.com without written permission is strictly prohibited.
Cached Saved on: Wednesday 25th of January 2023 08:48:24 AMCached Disp on: Thursday 9th of February 2023 06:01:11 AM