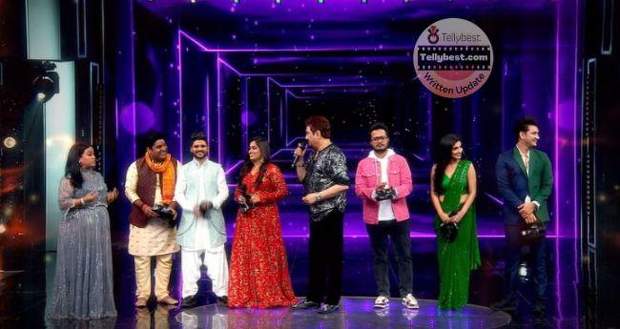 Today’s Saregamapa Lil Champs 17th January 2023 episode starts with Kumar Sanu making his entry while everyone cheers for him.

Kumar Sanu further announces he has brought some challengers with him and Shankar announces that the little champs will also give challenges.

Afterward, Rohit Shyam Raut and Jetshen set the stage on fire with their powerpack singing the “Humma Humma“ and “Urvashi Urvashi” songs.

Once the performance ends, the judges, Jury, and Kumar Sanu come to the stage to praise Jetshen.

Jetshen challenges Rohit that she will throw iron balls at him and that he has to dodge them for sixty seconds and Rohit agrees to do it.

Further, Rafa Yasmin and Rishabh Chaturvedi make everyone groove with their singing of “Aaj Ki Raat” and “Galla Goodiyaan” songs.

Once the performance ends, Rafa gets compliments from everyone and she gets a hundred percent Jury mark.

Later, Harsh Sikandar and Salman Ali give an outstanding performance of the song “Ramta Jogi”.

The whole Jury and the judges come to the set to hug Harsh and Salman and Salam praise Harsh for singing exactly as he wanted.

Harsh challenges Salman to burst the balloons with a cap on his head which makes everyone laugh.

Afterward, Devika Sharma and Sayli Kamble Patil surprise everyone with their singing of the “Honthon Main Aisi Baat” song.

Once the performance ends, Devika orders Sayali to eat ten fire panipuri in under sixty seconds.

Further, Dnanyeswari Gadage and Nitin Kumar impress everyone with their singing of “Ajahun Na Aye Balma” and they get praised by the judges for the singing.

Afterward, she orders Nitin to go through the seven Jury members' feet and he succeeds.

Later, Atharva Bakshi and Rupali Jagga surprise everyone with their playback singing of the “Gerua” song.

Atharva orders Rupali to search for the right key from a box of rats if she wants the necklace.

This week famous singer Kumar Sanu along with some reality show old participants will join SaReGaMaPa Li’l Champs as a guest.

The recent promo for the season 9 SaReGaMaPa Little Champs (07-01-2023) for this weekend represents Kumar Sanu making a gorgeous entry to the stage.

Afterward, Salman Ali and Harsh Sikandar set the stage on fire what their powerpack singing of "Ramta Jogi".

One of the other promos for Saregamapa kids (7 January 2023) showcases Sayali Kamble Patil and Devika Sharma giving a very musical performance that makes everyone cheer for them.

After the performance, Kumar Sanu praises Devika for singing perfectly.

Meanwhile, Devika orders Sayali to eat fire panipuri as per the challenge. 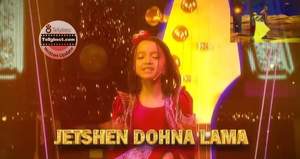 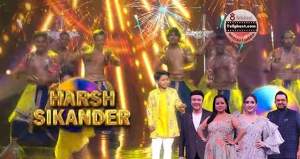 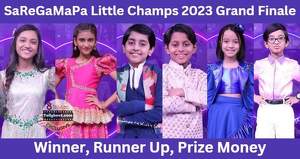