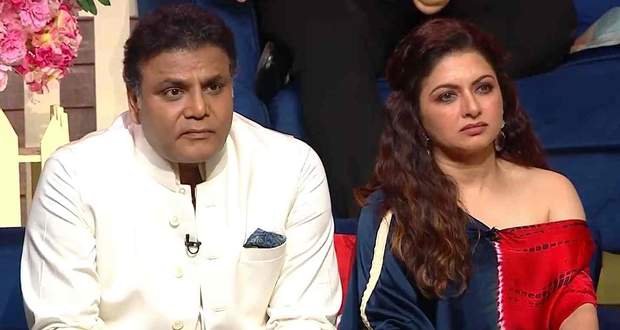 The latest promo of Smart Jodi for this Sunday (15 May 2022) talks about another important ingredient of married life: compatibility.

In this week’s Smart Jodi episode 15-05-2022, the contestant's levels of compatibility will be measured through various tasks.

In this week’s episode, Arjun will go beyond his limits to give Neha his wish.

On the other hand, Ankita will share the hardships of long-distance relationships before and after marriage.

The format of the show is such that games and tasks are theme-based and therefore this week's tasks will enlighten the audience to check the compatibility level they share with their partner.

Get ready to make this Sunday full of entertainment, emotional moments, practical wisdom, unique couple games, love, and laughter with Smart Jodi airing on Star Plus at 8 PM.

Manish tells the audience that 3 weeks from now will be the Finale of Smart Jodi. The show has already entered the next phase where Smart Jodis will be tested for the pillars of marriage. The previous week it was trust and this week it will be compatibility.

In this, husbands will tell the ingredients and recipe to their wives from afar which the wives have to guess and make while writing it down as well. The Smart Jodi which has the recipe closest to what husbands have said will win the task. The twist of this game is the headphones that wives will be wearing to subdue their husband’s voices.

Both the Smart Jodis tried their best and looks funny while guessing their husbands lip-sync while the audience laughs their heads out seeing them.

Balraj-Deepti showed excellent compatibility while Srikkanth-Vidhya looks lost most of the time.

Balraj-Deepti won the round and gets qualified for the final round.

In this round, both husband and wife will be blindfolded and have to taste the food and give hints to the partner who will guess the food the other has eaten.

Very interesting hints and clues are exchanged during the test that shows that compatibility has unique language for each couple.

Neil-Aishwarya performs the task wonderfully but Arjun-Neha wins the task.

In this round, Manish will ask questions which they have to write the answer on the board. If the answer matches, the Jodi scores a point, and Smart Jodi with the maximum right answers will win the task.

Despite the tough competition, Ankita and Neil won the test and gets qualified for the final round.

In this round, husbands will have to hang on the harness and hold their wives in the air. The smart Jodi that hangs longer will win the task.

However, Balraj bows out of it due to medical reasons leaving the competition between Ankita-Vicky and Arjun-Neha.

Arjun-Neha wins the game despite Arjun’s few medical conditions and Neha gets her wish of winning the Gathbandhan trophy and safety batches and saves themselves from next week's elimination. 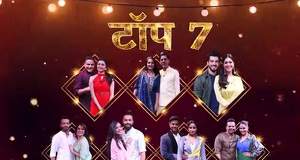 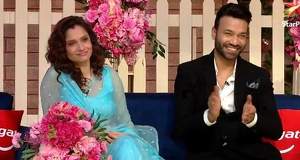