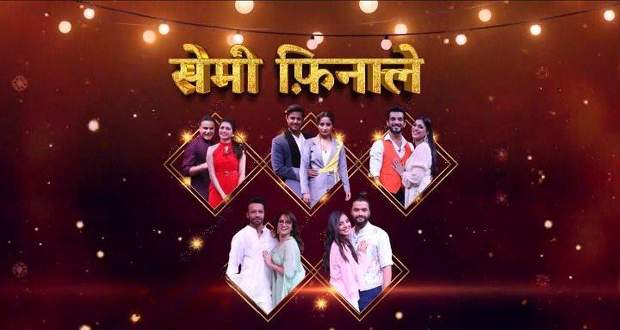 The 29th May 2022 Smart Jodi starts with Manish welcoming the audience and he tells them that they are only a week away from the finale. He also tells them that the winner will get the prize money of 25lacs and the Gathbandhan trophy.

All the Smart Jodis shares what they will miss the most after the show is over and who they think are their strong competitors.

Afterwards, Manish tells them that today the Smart Jodis gets the chance to choose their competitors based on their strengths. If the opponent chosen loses the game then they will score 100 points and if the chosen opponent wins then the opponent will get 200 points.

Arjun Neha has won the advantage in the previous episode and will start with 100 points while the rest of the smart Jodi will start from 0.

In this test, Arjun-Neha chooses Neil Aishwarya for the task.

In this test there will be two cooking stations for each Jodi. they will have to prepare a samosa and Gobhi Paratha. The twist of the game is that after every one minute the buzzer will ring and partners will change position and start from where their partners have left.

The competition was tough but Smart Jodis give their best.

At the end of the round, Arjun-Neha stands victorious.

In this game, wives will be on the harness. Husbands will be asked questions and they will have to tell whether their wives know the answer to that question or not. If they give the wrong answer then they will have to get a shock.

Both the Jodi competed with wonderful zeal but Balraj and Deepti wins the round and earned 200 points.

In this game, both the opponents will be tied to each other they will have to reach the mala’s and put it on their wives standing beside them.

The task was definitely very difficult but in the end, Vicky-Ankita stands victorious.

In this game, the Jodis have to make Aata (flour) on Chakki. The Smart Jodi makes the maximum amount of Aata that will win the round.

both the Jodi's performed diligently.

In this round, Neha-Arjun wins the round.

In this round, the Jodis have to find the items on the list in the Dabbas (boxes) but one of the hands will be tied to the partner. There is also a golden card that will add 5 items to the list.

Both the Jodis showed great Scavenging skills however Himalaya-Bhagyashree wins the round and saved themselves from elimination.

At the same time, Neil-Aishwarya loses in the round and gets eliminated.

The latest promo of Smart Jodi this Sunday (29-05-2022), looks entertaining and competitive and full of sportsmanship.

In this latest episode, the rules will be bent a little as Smart Jodis can choose who they want to compete with.

Only four Smart Jodi's will go to the final round therefore the competition will be tough.

Arjun and Neha get to use the advantage that they have won the previous week to save themselves from elimination.

While Ankita and Vicky will try to cheat to win the round against Balraj and Deepti.

Not only this, there will be several funny yet challenging tasks that await the Smart Jodi, in this episode which the Smart Jodi has to overcome to reach the finale and save themselves from elimination.

Get ready to make this Sunday (29 May 2022) full of entertainment, love, lessons, and laughter with Smart Jodi available to watch on Star Plus at 8 PM.

To get to know more, download Smart Jodi or watch Smart Jodi's latest full episode online on both Star Plus and OTT platform Disney+Hotstar. 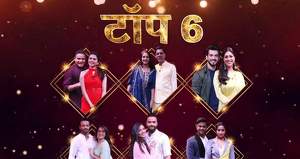 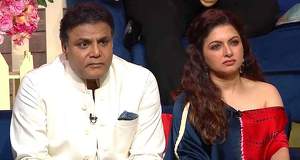