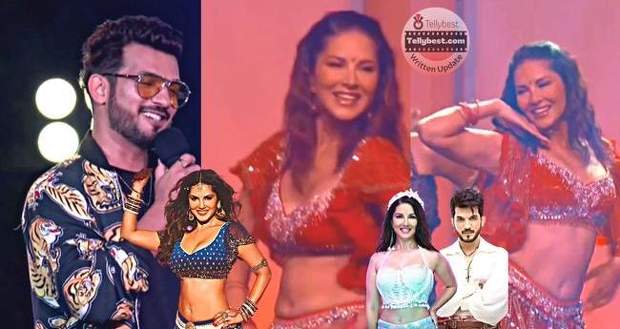 Today's 17th December 2022 Splitsvilla 14 episode starts with the contestants gathering to perform the task with the new wildcards.

The three wildcards choose their pic

Sunny asks the three wildcards- Mehak, Hiba, and Prakshi to choose one boy with whom they want to perform the task.

On being asked to choose a third girl, Sohail chooses Shrea but she rejects her offer for the sake of Kashish who chooses Soundous instead of her.

The girls take the boys on a cart through a runway and a maze for them to complete the third stage by themselves.

Kashish saves Mehak and dumps Soundous which makes her angry as she just helped him to win the task.

Except for Kashish, Mehak, and Prakshi, all other contestants end up in the dumping zone.

Hamid accuses Kashish of being disrespectful

In the dumping session, Hamid raises the issue of Joshua being disrespectful toward the girls and tells everyone about a gesture that he made after he saw the three wildcards.

Joshua denies the allegation and says that the others are trying to blame him.

Justin agrees with Hamid about Joshua showing such a gesture which shocks everyone, especially the girls.

Sunny asks Kashish about how she feels after seeing Joshua's behavior as told by the other boys to which Kashish says that she trusts Joshua.

Sakshi Dwivedi interrupts Sunny while she is talking which makes Sunny angry and she asks Sakshi D to host the show instead of her.

Sunny continues and says that if Kashish is ready to accept Joshua's toxic traits, then no one can do anything about it.

The game of dumping begins

Sunny and Arjun decide to save a girl from being dumped and ask the unsafe boys to vote for the girl they think should be safe.

Soundous gets the majority of votes and goes to the safe zone with 8 girls and 7 boys in danger.

Sunny asks Kashish, Mehak, and Prakshi to take the names of the splitsvillan they want to dump as three contestants will leave in this dumping session.

Joshua chooses to open the blue oracle card before the dumping begins.

However, the joker card brings a new twist and says that the splitsvillans standing in the unsafe zone will get the power to dump one of the three dumped contestants.

Joshua gets the maximum number of votes and leaves the show after an emotional farewell with Kashish.

Sunny and Arjun announce that from now on the contestants will be living together on one island as the "fight to pass the oceans" have ended.

The latest promo for this weekend's Splitsvilla 14 (17 December 2022) shows a glimpse of the next couple of challenges that will happen next.

The connections perform a sensual dance on the stage to highlight their chemistry with each other.

Arjun announces that he has a surprise for everyone which reveals itself as Sunny performing on the stage on Laila.

Another promo for this weekend's Splitsvilla X4 (17-12-2022) shows a new surprise arriving at the Isle of Venus in the form of a new boy, named Shivam Sharma.

All the girls get excited about the arrival of a new boy and flock around him as he comes to their island to meet them.