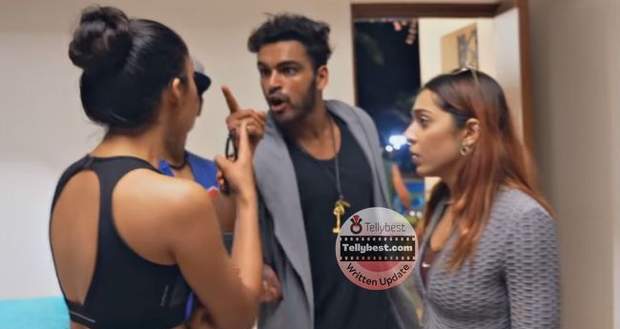 Today's Splitsvilla 14 21st January 2023 starts with Kashish and Mehak asking Tara to get serious in the game now that Sakshi has chosen Justin over him.

Tara says he needs a chance to prove himself in the game but Sakshi does not trust him enough to perform with him over Justin.

The other contestants discuss Tara, Sakshi, and Justin's matter and many of them conclude that Tara is very toxic when it comes to love and relationship.

Tara joins them and tries to defend himself but Moose and Soundous question him why he always tries to pressurize Sakshi into obeying his will.

Justin comes to talk to Tara for 2 minutes but leaves as Tara does not respond to him which puts Sakshi in a difficult situation.

Arjun welcomes the unsafe contestants as well as the winning challengers who enjoy the view while sitting in the safe zone.

Seeing the ideal matches in the unsafe zone, Arjun decides to save them for that day, and Kashish-Akashleena and Pema-Amir join the challengers in the safe zone.

Again, "Sakshi cried before the dumping session" is mentioned and Tara says that Justin and Sakshi collectively planned to choose Justin over him.

Justin says that even though Tara thinks he is playing a game with him, Sakshi should not be blamed as she genuinely likes Tara.

Soundous and Moose ask Sakshi to become clear with her decision but Arjun warns them not to interfere in other's emotional matters.

The remaining unsafe contestants are asked to pair up with each other and the pairs are formed as Tara & Mehak, Shrea & Sohail, and Hiba & Aghaz.

Prakshi announces that she will not pair up with Aghaz anymore even if she gets eliminated as she hates to stand with him.

Arjun says that the two ideal matches will get the power to save one couple among them which causes disagreement among them.

The majority's votes are taken and Hamid and Soundous get safe.

Arjun calls Urfi Javed to join him as she will come with the powers that the two pairs of challengers will receive.

Urfi enters and roasts everyone in a subtle manner after seeing the current arrangement of Splitsvilla.

Revealing two envelopes, one purple and another blue, Urfi asks the two pairs of challengers to choose each.

Justin and Sakshi choose the purple one while Honey and Moose choose the blue one.

Urfi asks Sakshi and Justin to open their envelope after giving a warning that one envelope between the two has mischief along with power.

Justin and Sakshi get the mischief card and are asked to dump one unsafe couple who will replace them if they become an ideal match.

Aghaz and Hiba get chosen by Justin and Sakshi and face the oracle who says that they are not an ideal match.

After Aghaz and Hiba leave after getting eliminated, Honey and Moose decide to dump Shrea as they get the power to dump one splitsvillan.

Sohail faces double losses as both his best friend and connection get eliminated on the same day while Pema cries due to Shrea leaving.

The latest promo for this weekend's Splitsvilla 14 (21 January 2023) shows Kashish and Prakshi getting into a serious fight due to Mehak's condition.

Prakshi protests against Kashish seeing how he is treating Mehak but Kashish shoves away Prakshi's accusations by shouting at her.

Another promo for this weekend's Splitsvilla X4 (21-01-2023) shows glimpses of the dome session where Tara announces that his love lost against Sakshi's game plan.

Urfi Javed makes her entry at the dome session building the excitement of the contestants. 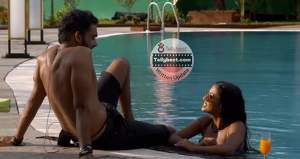 © Copyright tellybest.com, 2022, 2023. All Rights Reserved. Unauthorized use and/or duplication of any material from tellybest.com without written permission is strictly prohibited.
Cached Saved on: Wednesday 25th of January 2023 08:47:29 AMCached Disp on: Wednesday 1st of February 2023 09:22:42 PM