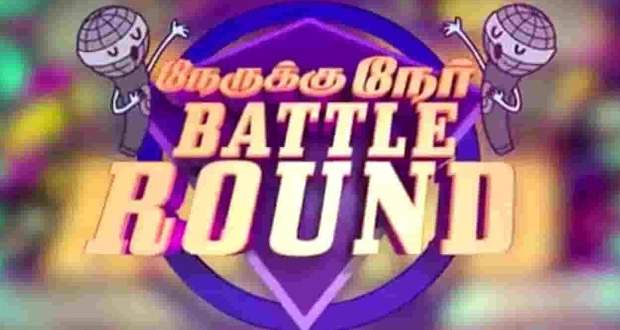 Star Vijay's famous singing reality show Super Singer Junior 8 (SSJ8) is all set to entertain people this weekend (29.01.2022, 30.01.2022) with "Nerukku Ner Battle Round" which translates to One on One Battle Round where the contestants battle with each other to proceed to the next round.

SSJ8 Judges Chithra and SPB Charan appreciate Aadya for her voice and the cute dance she does while singing.

Today’s Super Singer Junior 8 29th January 2022 episode starts with Anchor Makapa and Myna Nandini giving a quick introduction about the Nerukku ner battle round - One on one Battle round of the week and they welcome the Judges K. S. Chithra, Shankar Mahadevan, Kalpana Raghavendra, and S.P. Charan.

The entire set gets surprised at the entry of Binni Krishna Kumar, Devan, Nikhil Mathew as they appear as special judges to the show. Makapa renders a hearty welcome to the special judges.

The first performance of the week is by Aadya and she sings ‘Verithanam’ from the movie ‘Bigil’. Judges and special judges appreciate her cute expressions and sweet voice, K.S.Chithra whistles for her performance.

Sam Vishal gives a special performance with Aadya on the song ‘Verithanam’.

Aathi comes up next and gives an emotional performance on ‘Theeyil Vizhuntha’ from the movie ‘Varalaaru’. Judges appreciate him for his performance and quite corrections were told by them for future improvement.

Aadya wins the battle and gets a bronze key.

Ramana from Don dada enters the stage and selects Hari Krishna from rowdy baby for the one-on-one battle.

Ramana gives a powerful performance on ‘Varen Varen’ from ‘Seemaraja’ and Judges applauded his singing and advises him to practice.

Hari Krishna sings a soulful song ‘Shiva sambo’ and the judges appreciate him and said quite a few corrections.

Ramana wins this battle and gets a silver key.

Then, Vaibhav from don Dada selects Dharshana from Rowdy baby for the battle.

Vaibhav presents an amusing performance on the song ‘Poo malarnthida’ from the movie ‘Tik Tik Tik’. The judges and special judges shower him with applauds and blessings for his amazing performance.

Darshana gives a power-packed performance on ‘Aila Aila’ from the movie ‘I’. All the judges give her a standing ovation and cherished her energetic performance. 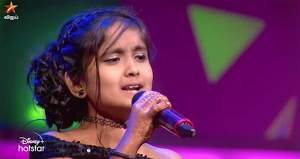 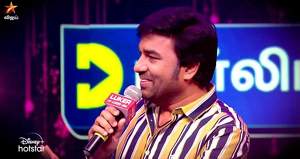 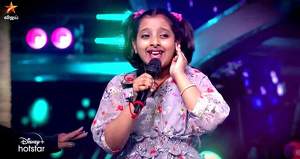