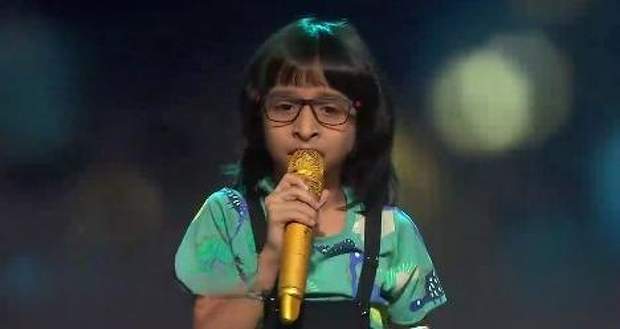 Sony TV's Superstar Singer 2 will celebrate the essence of nostalgia with the arrival of Anandji Virji Shah from the iconic composing duo "Kalyanji-Anandji".

The recent promo for the Superstar Singer 2 (22 May 2022) shows the fun-infused performances of some of the classic hits of the 80s and 90s.

Another promo for this weekend’s Superstar Singer 2 (22-05-2022) shows everyone getting shocked at hearing Rituraj’s marvelous vocals.

Anandji showers Rituraj with praises on hearing his singing and bless him sincerely.

Rohan turns the atmosphere into fun and laughter with his performance of "Khaike Paan Banaraswala".

Today’s Superstar Singer 2 starts with the grand welcome of Anandji Virji Shah and his wife.

Samaira starts the musical journey with her sweet vocals and gets praised for her melody sense.

Next comes Aruna who rocks the whole set with her energetic performance of "Raafta Raafta".

Vishwaja as usual impresses the judges with her flawless vocals.

Next comes Sayisha who garners compliments from Anandji through her singing.

Rituraj stuns the judges through his performance and gets praised immensely by everyone.

At Anandji’s request, Aryananda sings a song by Shiv-Hari and enchants everyone through her vocals.

Mohammad Faiz sings "Neele Neele Ambar Par" and gets complimented by Anandji for his vocals.

As usual, Mani makes the atmosphere a bit sentimental with his performance.

Rohan humors everyone with his performance and brings on a happy mood on the stage.

Soyab performs magnificently with his high falsettos and strong vocals thundering on the stage.

Pranjal comes and spreads a holy atmosphere through his performance accompanied by his soothing voice.

Next comes Sayantani who leaves the judges amused with her delivery of the song.

Harshita successfully hooks everyone to her singing with her seamless vocals accompanied by beautiful falsettos.

Chetanya gets praised by Anandji for his strong vocals as he performs gracefully.

Salman Ke Sultans get the title of the best team of the week.

Rituraj, Aryananda, Sayisha, Pranjal, and Aruna get selected as the top 5 performers of the week. 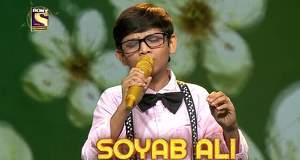 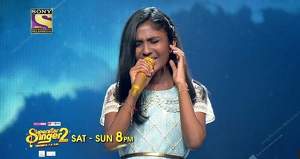 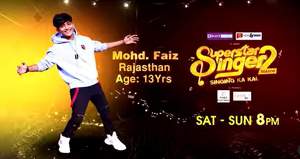