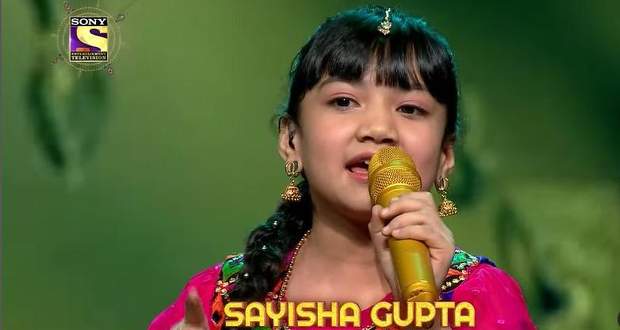 Sony TV's Superstar Singer 2 will have Dharmendra, Hema, and Esha Deol as guests on the show this weekend.

According to the latest promo for this weekend’s Superstar Singer 2 (2 July 2022), Mohammad Faiz will dedicate his performance to Hema Malini Deol.

Faiz will sing the song “Dream Girl” and win the hearts of the judges.

Another promo for this weekend’s Superstar Singer 2 (02-07-2022) shows the marvelous performances by Sayisha and Mani.

Dharmendra compliments the immense talent of the kids and conveys his regard for their future.

The first performance is given by Pratyush Anand and Vishwaja Jadhav on "Chahe Rahe Paas, Chahe Rahe Door" and "Chal So Jaate Hai' which is highly appreciated by Dharam Ji.

The next performance is by Pranjal who sings a Bengali song and later "Tum Pukaar Lo" song and he later pleads for voting.

The fourth performance is by Sayisha on "Abke Saajan Saawan Mein" which is highly praised by the judges and she gets a buzzer.

Next is the duet by Salman and Soyab on "Wo Mainu Pyaar Krdi Hai" which reminds Dharam Ji of his moments from the movie shooting.

Afterward, Mani shares village food with Dharam Ji and gives a performance on "Laad Ladawa" which makes everyone emotional.

After some time, all the singers come together and sing in a chorus in their melodious voices.

Later, Chaitanya and Danish come and teases their beloved with their song "O Meri Mehbooba, Tuje Jaana Hai To Ja".

© Copyright tellybest.com, 2022, 2023. All Rights Reserved. Unauthorized use and/or duplication of any material from tellybest.com without written permission is strictly prohibited.
Cached Saved on: Wednesday 25th of January 2023 05:24:16 PMCached Disp on: Thursday 9th of February 2023 08:29:32 AM