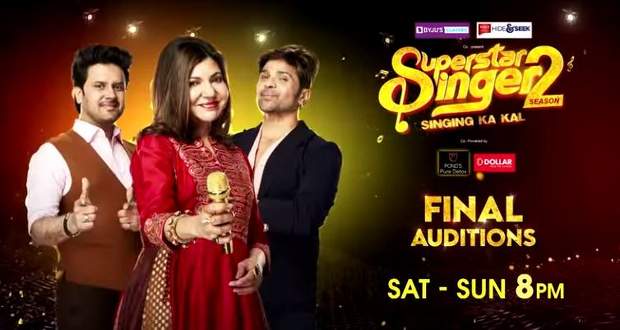 Superstar Singer 2 is entering its second week to select the final contestants who will join the Top 15 while others will return to try again the next time with further practice.

The recent promo for this weekend’s Superstar Singer 2 (30 April 2022) shows the sweet voices of Aryananda and Samaira being praised by Alka Yagnik.

A difficult situation arises when the judges have to choose between Aryananda and Samaira based on their performance.

The second promo for this weekend’s Superstar Singer 2 (30.4.2022) shows the marvelous performance by Mohammad Faiz along with captain Pawandeep.

Pawandeep joins Md. Faiz in harmonizing the song "Jo Tum Na Ho" which enchants the judges and other captains to their core.

Today’s Superstar Singer 2 episode starts with the final auditions to select the top 15 among the 30 candidates that were selected in the auditions.

Samaira performs the first and gets the superstar medal to continue to the next round of the competition.

Next comes Rituraj who succeeds in gaining the medal because of his innate singing talent.

While Chetanya’s grandfather prays for his success, Chetanya succeeds in getting selected in the top 15 owing to his powerful vocals.

Mohammad Faiz sings with Pawandeep and gets selected instantly for his innate singing talent.

Many candidates come and show their talents on stage but fail to impress the judge to offer them medals instantly.

Rohan Das entertains the judges too but does not get the medal then and there and is told to wait.

The judges hear the performances of Vishwaja, Samradhi, and Pratyush and ask them to wait as they will announce their results at the end of the auditions.

© Copyright tellybest.com, 2020, 2021. All Rights Reserved. Unauthorized use and/or duplication of any material from tellybest.com without written permission is strictly prohibited.
Cached Saved on: Sunday 2nd of October 2022 04:52:05 AMCached Disp on: Friday 7th of October 2022 10:05:04 PM