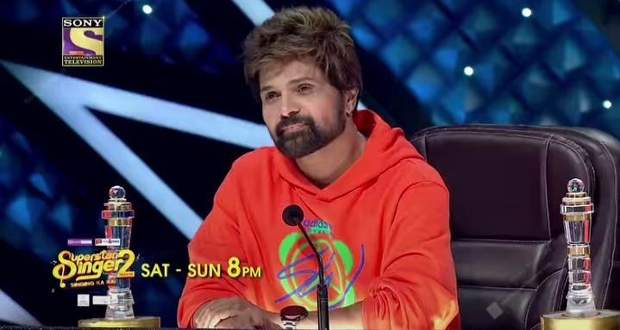 Superstar Singer 2 is nearing its grand finale with all the contestants competing to become the winner.

The latest promo for this weekend's Superstar Singer 2 (3 July 2022) shows the entry of Hema Malini Deol and her daughter Esha Deol.

Another promo for this weekend's Superstar Singer 2 (03-06-2022) shows Sayisha gifting sashes to both Hema and Esha.

Hema dances along with Sayisha's singing and adores her cuteness wholeheartedly.

Another blockbuster duo of Arunita and Captain Sayli come to the stage and sing songs like "Nikamma Kiya Iss Dil Ne" and "Dhoom Machale".

Rituraj entertains and impresses everyone with his vocals while singing "Vada Toh Nibhaya" and "O Saathi Chal".

Next comes the duo of Mani and Captain Pawandeep who sets the atmosphere emotional by singing classics like "Phirbi Mera Maan Pyasa".

Salman, Pawandeep, and Danish sing the song "Dilbaar Mere" with Hema Malini as a special performance.

This week Aryananda could not perform due to illness and Captain Danish appealed for votes from her side.

Sayli Ke Soldiers get crowned the title of the best team of the week.

Samaira, Mani, Sayisha, Rohan, and Pratyush get the medals for the best performers of the week.