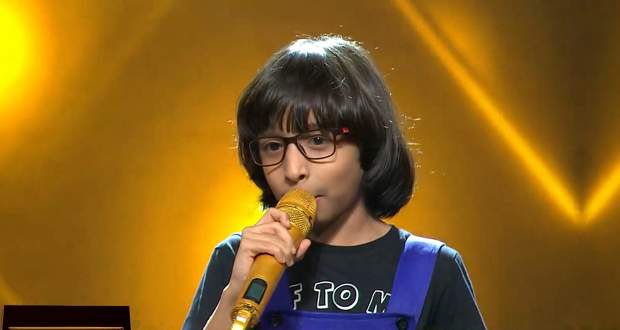 Superstar Singer 2 will have a Kishore Kumar Special episode on Sunday.

The contestants will pay tribute to the legendary singer Kishore Kumar with their performances.

Another promo for this weekend's Superstar Singer 2 (07-08-2022) shows Sayisha and Pawandeep singing together the song "Kya Kheyal Hain Janab Ka".

Today’s Superstar Singer starts with Aditya singing a song by Kishore Kumar and inaugurating the episode as “Non-stop Kishore Kumar”.

Rituraj starts the string of performances with bangers from the 80s like “I love you” and “Sara Zamana Haseeno Ka Deewana”.

Pranjal comes next with his folkstyle and sings the songs “Musafir Hu Yaaro” and another Bengali song.

Sayisha and captain Pawandeep pair up and sing the songs “Kya Haal Hain Janaab Ka” and “Hum Dono Do Premi”.

Pratyush and Rohan team up and make everyone groove to the beats of the songs “Jai Jai Shivshankar" and “Paisa Yeh Paisa”.

Everyone joins together to sing the song “Meri Mehboob Kayamat Hogi” and “Kabhi Alvida Na Kehna” to complete the celebration of Kishoreji’s birthday anniversary.

Sayli Ke Soldiers win the title of the best team of the week.