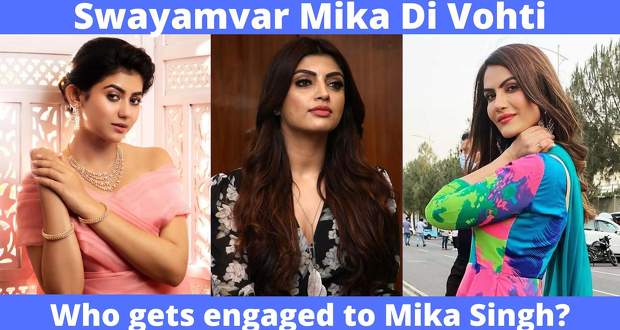 Swayamvar Mika Di Vohti Grand Finale Date, Who has the chance of winning Mika Swayamvar? Who won Mika's heart? Will Mika marry Neet Mahal, Prantika Das, Akanksha Puri? Who will Mika select as his bride? Will Mika get Engaged only or marry the girl? Is Mika's Swayamvar fake like the previous seasons? Who will be Mika's queen? Who has Mika's Pyaar ka nazrana/bangle currently? What will be Mika's marriage date?

Swayamvar Mika Di Vohti, airing on Star Bharat and Disney+Hotstar, is a reality show in which popular Bollywood singer Mika Singh has been searching for his future bride.

Ranbir Kapoor and Vaani Kapoor would be gracing the grand finale of Swayamvar Mika Di Vohti to promote their new movie Shamshera and to help Mika find his life partner.

The grand finale of Swayamvar Mika Di Vohti will take place in the luxurious palace of Jodhpur.

Neet Mahal, Prantika Das, and Akanksha Puri are the three finalists of Mika's Swayamvar, out of which one will become Mika's queen or his Vohti.

The show had multiple wild card entries that added to the excitement of Mika’s Swayamvar.

The top 3 contestants in the show will now get a chance to get closer to Mika by making him meet their families.

Currently, Prantika and Neet have Mika's Pyaar ka Nazrana each.

Prantika Das, one of the top 3 contestants, has been a strong contender since the start.

Mika has repeatedly expressed his fondness for Prantika and likes her innocent nature.

She has also received the ‘Pyaar ka nazrana’ or the bangle from Mika several times in the show.

She arrived late at the show as a wild card entry but she has still been able to make her presence felt.

Akanksha’s friendship with Mika gives her an added advantage in tasks and dates, as she already knows him well and has a great bond with him.

However, if Akanksha Puri wins the show then it will create controversy and the show will be called scripted as she entered the show at the last stages and it will be an injustice to other participants.

Lastly, Neet Mahal, from Chandigarh, has also grown closer to Mika over the weeks as the show is proceeding.

Her Punjabi background works in her favour as Mika likes that they have a common culture.

Recently, Mika also pointed out that he likes how mature Neet has gotten throughout the show.

Having said that, the main competition lies between Akanksha and Neet because Mika has the best chemistry with these two.

We anticipate, “Akanksha Puri is the winner of Swayamvar Mika Di Vohti”.

Akanksha Puri emerges as Mika's Vohti after a long anticipation. She also got Mika's Kangan that she never got to wear during Mika Di Vohti. Mika Singh also slid a bright red ring on Akanksha Puri's finger, finally making her his "Vohti"!

We wish the best of luck to all the brides to win the Swayamvar and get a chance to be Mika’s future wife. 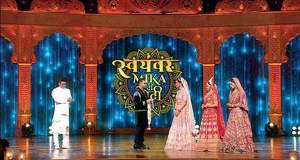 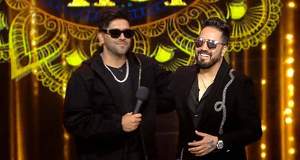 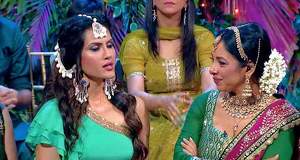