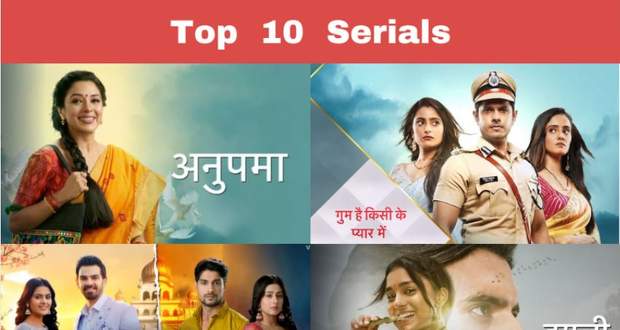 The super-exclusive Online TRP rating/ranking for December (48th week) has finally been released.

The hit/miss TRP rates of Indian Hindi serial shows and reality shows are released based on online platform telecasts like Disney+Hotstar, Sonyliv.com, Voot.com, Zee5.com, and so on.

Anupama TV serial is irreplaceable as it still remains #1 on the chart. This serial is the most-watched television drama and thus, retained its position as the previous month.

Surprise! With continuous fans’ support and love, Ghum Hai Kisi Ke Pyaar Mein TV serial has jumped up to Rank #2 all from its 10th position.

Breaking the streak of Star Plus TV channel, Colors TV show Udaariyaan ranks #3 on the TRP chart. The new serial is profoundly liked by the audience.

Yet again, Imli (Imlie) TV serial has made a major comeback under the Top 10 TV shows by ranking #4 on the TRP chart.

Unfortunately, YRKKH Star Plus TV serial has dropped down to the 5th position on the TRP rating list.

Week 48 TRP chart is shining as new serials have made their way to the Top 10. On no #6, is Yeh Hai Chahatein this week.

Star Plus TV channel is on the hit list occupying most slots under Top 10. On no #7 is the new TV serial, Pandya Store.

Zee TV serial Kundali Bhagya has jumped up to 8th position on the TRP chart.

Saathiya season 2 is back making major remarks in the audience’s hearts. The serial backs 9th position on the TRP chart this week.

Colors  TV serial Chhoti Sardarni, a romantic drama series dropped down to 10th position this week on the chart.

No reality shows have been able to place themselves under the top 10 TRP rating list for December.

The following table shows the rankings and ratings of the Top 10 Hindi TV serial TRP online and their TRP points for week 48 (First week of December).

Let's see if the ranks will be the same or not in the next upcoming week's TRP ratings. 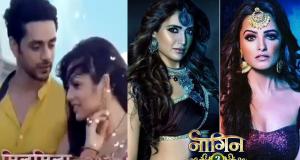 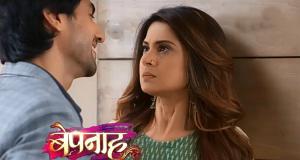 Online TRP list has witnessed ups and down for many shows. 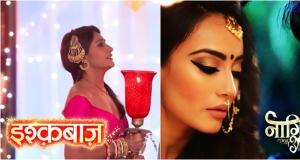 Ishqbaaz tops the TRP ratings, Naagin 3 drops from the top!

© Copyright tellybest.com, 2020, 2021. All Rights Reserved. Unauthorized use and/or duplication of any material from tellybest.com without written permission is strictly prohibited.
Cached Saved on: Thursday 20th of January 2022 03:07:23 PMCached Disp on: Friday 21st of January 2022 04:04:29 PM