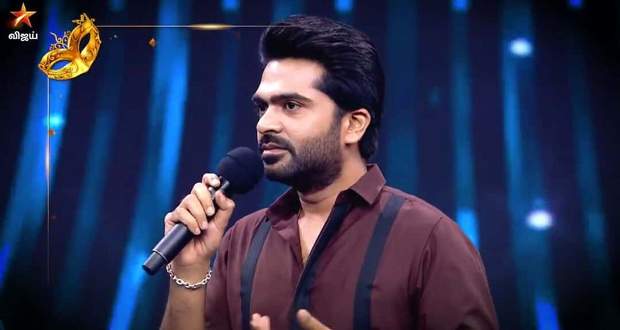 Vijay TV Award acknowledges the hard work, talent, and effort put in by the whole cast of a successful series or program.

To everyone’s surprise, Anchor Priyanka announces the entry of the special guest Silambarasan TR to the program which excites all the serial artists. He is dancing with all the Vijay Television artists which makes them enthusiastic.

The Raja Rani 2 Duo Siddhu and Riya deliver a stunning and romantic performance on the Vijay TV Awards stage. Bigg Boss famous Sakshi and Aishwarya give a rocking performance to entertain people.

The second promo (24-04-2022) shows Bala receiving an award for the category of a best comedian. A glimpse of Bala’s life was shown where it is revealed that he is helping more than hundreds of kids and elderly people by providing food, education, and shelter.

Everybody on the program gives him a standing ovation and motivates him and appreciates his good heart. Bala then shares his award with the kids on stage.

The next promo of the Vijay Television Awards on 24 April 2022 shows the Pandian stores team getting the best family award. They overwhelm with joy and share the emotional bond they share within the sets of the serial.

To get to know more, download Vijay Television Awards or watch full episodes online at Star Vijay on Sunday, 24th April 2022 at 3.00 PM and Disney+ Hotstar. 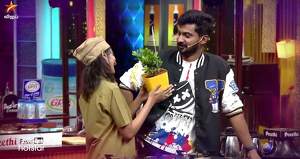 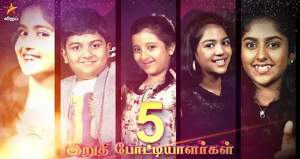 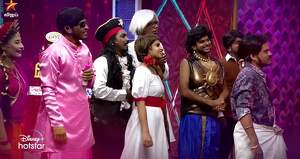