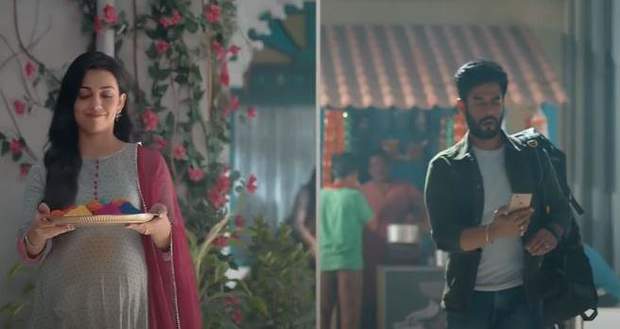 Star Plus has released the new promo of Zindagi Mere Ghar Aana (ZMGA) and has revealed the first look of Amrita and Pritam’s story.

Based on the recent promo updates of ZMGA, Amrita and Pritam are seen having two different worlds and fate clashes their different stories.

The latest promo shows that Amrita is a pregnant lady and is seen standing in front of the portrait of her dead husband. Pritam is seen as a tough guy who doesn’t like any light in his home.

Their lives clash when Amrita gives a ‘For Rent’ ad and Pritam comes to her house to stay as the new renter.

The serial stars Esha Khansara and Hasan Zaidi as the main leads and the release date (start date) of Zindagi Mere Ghar Aana is not revealed yet.

Let’s see how Amrita and Pritam’s story wins over the audience in the future Zindagi Mere Ghar Aana serial episodes.

© Copyright tellybest.com, 2020, 2021. All Rights Reserved. Unauthorized use and/or duplication of any material from tellybest.com without written permission is strictly prohibited.
Cached Saved on: Friday 28th of January 2022 04:19:36 PM