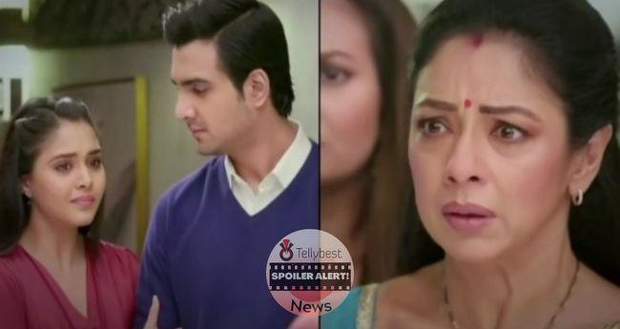 Anupama: Anupama Catches Adhik and Pakhi In A Hotel On Her Birthday!

In the upcoming story of Anupama, Anupama will catch Adhik and Pakhi spending a night in a hotel.

So far in the story of the serial, Paritosh ran away with Pari while Anupama brings him back and makes him apologize to Kinjal.

As per the spoilers of the serial Anupama, the Shah family will come to a hotel to celebrate Anupama's Birthday.

Meanwhile, Leela shows disappointment at Pakhi's absence saying she will miss the fun.

Anupama also thinks that since Pakhi is busy with her projects she is not attending the function.

In the upcoming twists of the serial, Pakhi is keeping everyone in the dark by saying she is studying while in reality, she is with Adhik in a hotel.

The hotel is the same one where Anupama will be celebrating her birthday.

When Anupama catches Pakhi with Adhik, Pakhi says she is 21 and can take her decisions on her own.

Let us watch the future episodes of the Anupama serial to see how Anupama shows Pakhi the right direction the way she showed Paritosh in recent episodes.