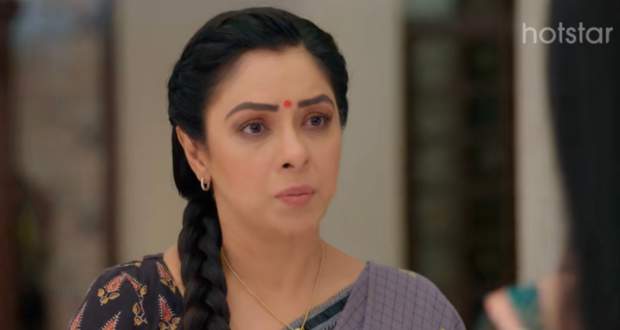 In the upcoming episodes of Anupama serial, Anupama will warn Kavya against instigating her family and using them against her.

So far in Anupama serial, Kavya instigated Kinjal against Anupama and got successful.

Kinjal got frustrated because of Baa’s taunts and rebuked her. Also, Rakhi arrived at Shah house to warn them against troubling her daughter.

Now as per the serials gossips of Anupama serial, Kinjal will get home late and will behave rudely with Anupama.

Anupama will realise Kavya is behind everything and will warn her about using her family against her.

Let’s see if Anupama is able to handle Kinjal in the upcoming story of Anupama serial.

© Copyright tellybest.com, 2020, 2021. All Rights Reserved. Unauthorized use and/or duplication of any material from tellybest.com without written permission is strictly prohibited.
Cached Saved on: Monday 17th of January 2022 08:55:52 AM