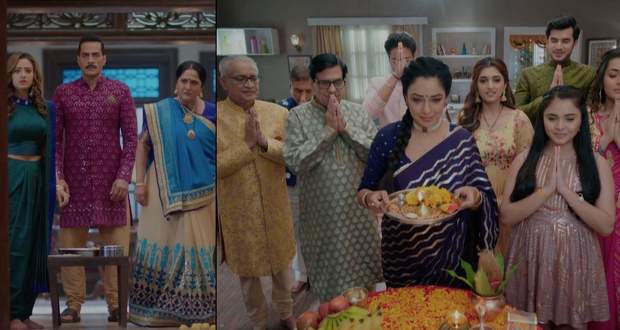 In the upcoming Anupama serial episodes, Varsha will leave the Shahs after giving a striking answer to Vanraj.

So far in Anupama's story, Anupama, Devika, and Anuj dance as they celebrate a joyous housewarming on the special occasion of Diwali.

Further, Kavya suffers a nightmare while the Kinjal and Hasmukh visit Anupama’s house to celebrate Diwali.

Now as per the spoilers of the Anupama serial, Vanraj will instead feel disheartened to see Varsha leave after Hasmukh and Kinjal just left for Anupama’s house. A dark Diwali for

According to the spoilers of Anupama, Anuj will gift a housewarming present to Anupama and brighten her world on Diwali.

Let's see how Vanraj reacts to the situation in the upcoming story of Anupama.