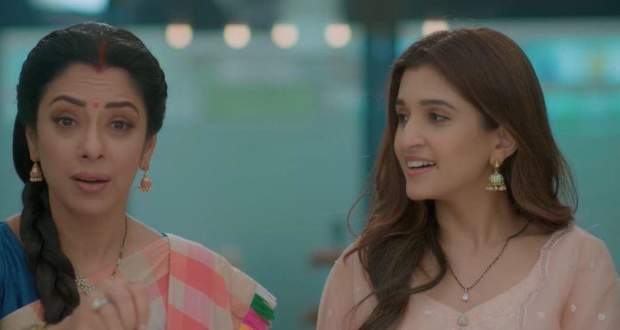 In the upcoming Anupama serial episodes, Kinjal will leave the show Anupama as she might be starring in some other show.

So far in the story of Anupama, Kinjal is pregnant with Toshu’s child and looks like she will pop out anytime now.

In the upcoming story of Anupama, Kinjal will join Pakhi, Anupama, and Kapadia family for a small get-together. Kinjal will be pushed at Anupama’s party accidentally and fall down on her face.

Kinjal might suffer a miscarriage after falling badly on her belly and can also suffer serious complications in her pregnancy.

As per the latest spoiler of the serial, Kinjal aka Nidhi Shah will leave the show as her role is very small in the show. She will be seen working on the new projects.

Let us watch the future episodes of Anupama to find out if Kinjal's character loses importance in the upcoming episodes as the show is focused on Anupama and her new life now or if we witness a new Kinjal soon.

© Copyright tellybest.com, 2022, 2023. All Rights Reserved. Unauthorized use and/or duplication of any material from tellybest.com without written permission is strictly prohibited.
Cached Saved on: Monday 21st of November 2022 09:36:02 AMCached Disp on: Thursday 1st of December 2022 11:21:39 PM