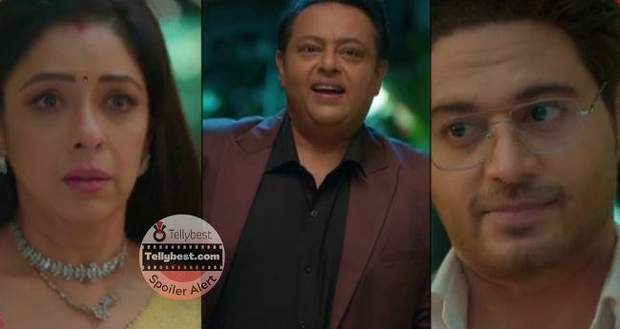 In the upcoming story of Anupama, Nitesh Pandey has made a new entry in the serial.

So far in the story of the serial Anupama, the last night of the last year ended with all the couples heartbroken in their relationships.

However, new year's morning looks hopeful as all the couples are seen making some efforts to gain back the lost trust.

Leela talks her heart with Hasmukh while Vanraj tries to be an ideal son.

On the other hand, Anupama dresses Anuj up and gives him hope that she will change herself and spend more time with him and little Anu.

As per the spoilers of the serial, Anupama has decorated the house beautifully for Anuj to spend some romantic time with him.

However, Anuj has not come home alone but with a guest which is portrayed by Nitesh Pandey.

The way the guest stares at Anupama does not look right.

Is the guest carrying a hidden mask of evilness behind the work or will he sort out the broken relationship between MaAn?

Let us see what secret is this new entry hiding behind its innocent face in the future episodes of the Anupama serial.

© Copyright tellybest.com, 2022, 2023. All Rights Reserved. Unauthorized use and/or duplication of any material from tellybest.com without written permission is strictly prohibited.
Cached Saved on: Wednesday 25th of January 2023 12:45:15 PMCached Disp on: Wednesday 1st of February 2023 06:18:35 PM