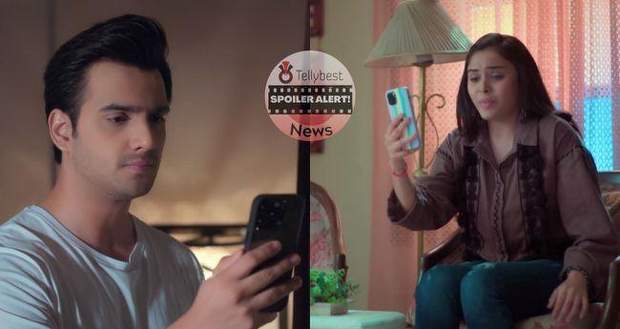 Anupama: Pakhi And Adhik's Wedding Finally Put Off For Good!

In the upcoming story of Anupama, Pakhi and Adhik’s wedding will be put off for good, all thanks to Barkha.

So far in the serial Anupama, Vanraj is surprised to learn that Anupama concealed the facts about Adhik from them, and Leela is furious at Anupama for doing so.

Now as per the spoilers of the Anupama serial, Pakhi and Adhik’s wedding will be called off by Vanraj, after Barkha’s revelation.

Barkha reveals Adhik's way of life in the USA, which comes as a surprise to the Shah's and they question her as to why she didn't bother to tell them earlier.

In future episodes, we will see Pakhi and Adhik trying to convince the Shah’s to their wedding while Barkha comes up with a new plan to stop the alliance.

Will Barkha successfully stop the wedding or will Pakhi and Adhik’s love find another way to be together?

Let's see if Pakhi-Adhik succeeds in convincing their family to their wedding in the upcoming episodes of the Anupama serial.

© Copyright tellybest.com, 2022, 2023. All Rights Reserved. Unauthorized use and/or duplication of any material from tellybest.com without written permission is strictly prohibited.
Cached Saved on: Monday 21st of November 2022 08:05:15 AMCached Disp on: Sunday 4th of December 2022 11:29:20 PM