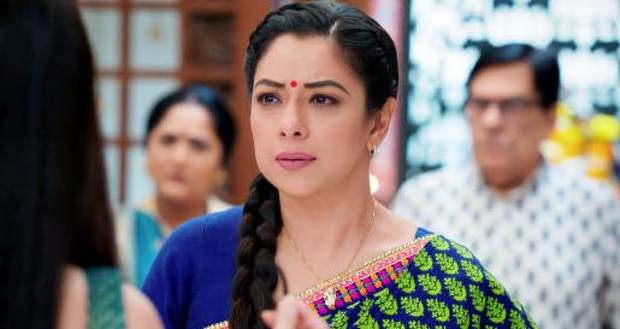 In the upcoming Anupama serial episodes, Samar will inform Anupama about Nandini’s letter and that she has fled to the US.

While Anupama is in distress, she will seek Vanraj’s help, to which, he will refuse in anger saying Anuj is already out for Samar's father.

Anuj and Samar will find Nandini injured in a road accident on her way to the airport.

So far in Anupama's story, Vanraj wants up for Anupama while Sarla lashes out on her concerning the cooking contest.

Anupama is overwhelmed with the response she received from Anuj, her family, and all the contestants post-cooking contest.

Meanwhile, Samar finds Nandini’s letter speaking of her departure to the U.S.

Now as per the upcoming twists of the Anupama serial, Anupama will be stressed having found out about the letter and will seek Vanraj’s help. However, Vanraj lashes out at her and will question Anuj’s position in Samar’s life.

Further, Anuj and Samar will be shocked to find Nandini in a road accident.

Let's see what happened to Nandini in the upcoming story of Anupama.