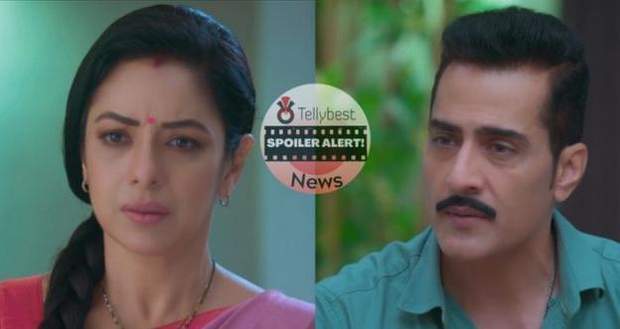 In the upcoming story of the Anupama serial, Anupama will swing back at Vanraj after she sees him brainwashing Kinjal.

So far in the story of the Anupama serial, Kinjal is living at the Kapadia House with Anupama much to Shah's disappointment.

Paritosh was boiling in anger knowing this and created a scene at Anupama's house to take Kinjal from there.

However, as per the latest spoiler of the Anupama serial, Leela will convince Vanraj to get back Kinjal at Shah's house from the Kapadia's.

Vanraj who was agreeing with Anupama's thinking regarding Paritosh's misdeed and punishment has completely changed his colour like a chameleon.

According to the latest gossip of Anupama, Anupama feels Kinjal is getting pressurized by Vanraj and she asks Kinjal to decide for herself which makes Vanraj angry with his ex-wife.

However, Vanraj feels Anupama is interfering in their family matter as now they have different opinions.

Let us watch how the relationship of Vanraj and Anupama which has just gotten better after a while will again have bitterness due to Kinjal's issue in the future episodes of Anupama serial.

© Copyright tellybest.com, 2022, 2023. All Rights Reserved. Unauthorized use and/or duplication of any material from tellybest.com without written permission is strictly prohibited.
Cached Saved on: Monday 21st of November 2022 08:15:46 AMCached Disp on: Thursday 1st of December 2022 01:41:42 AM