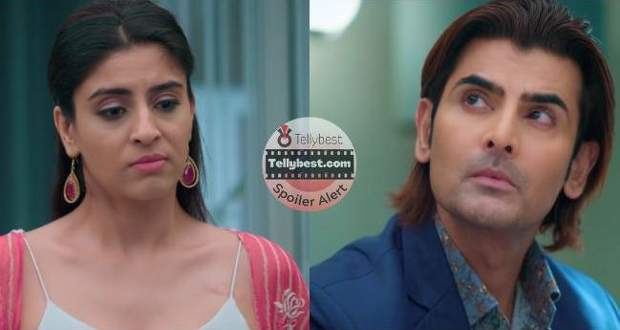 In the upcoming story of Anupama, it will be revealed that Ankush was cheating on Barkha all the while.

The current story of Anupama revolves around Vanraj trying to clear Paritosh’s mess by giving away Leela’s jewelry to Jayanti Bhai.

According to the latest twists of Anupama, Leela’s curse will bring bad luck for Anupama as Ankush’s extramarital affair will get disclosed in front of the family.

Barkha comes crying in the Kapadia Mansion and reveals that Ankush had an affair and that he has an illegitimate son as well.

Meanwhile, Anuj and Anupama get shocked while Ankush later bring his son into the Kapadia house.

Will Anuj and Anupama let Ankush’s illegitimate child stay in the house?

Let us see how Anuj and Anupama handles Ankush's illegitimate affair while dealing with Anu's Maya Aunty in the upcoming episodes of Anupama.

© Copyright tellybest.com, 2022, 2023. All Rights Reserved. Unauthorized use and/or duplication of any material from tellybest.com without written permission is strictly prohibited.
Cached Saved on: Wednesday 25th of January 2023 11:30:04 AMCached Disp on: Wednesday 1st of February 2023 09:27:17 PM