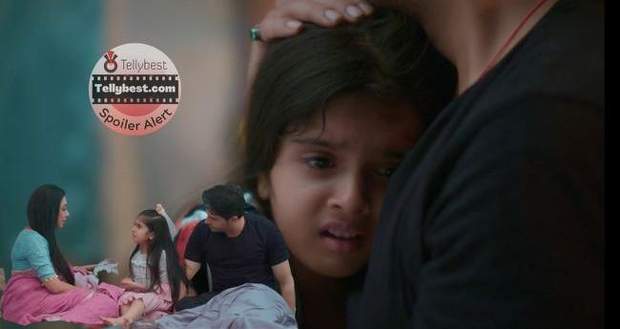 In the upcoming story of Anupama, Anu will pay the cost of Anupama’s ignorance towards her.

The current track of Anupama revolves around the shift of the story from Pakhi to Anu.

Pakhi has realized her mistakes and decides to change herself as she wants to be with Adhik.

According to the latest twists of Anupama, Anuj asks Anupama to spend more time with Anu as she is always busy with the matters of the Shah family.

Later, Anu will have an anxiety attack and only Anuj will come running while Anupama will not be able to come as she was busy handling Pari.

As Anuj hugs Anu in his arms, Anu asks him why Anupama did not come and says that Anupama is not her real mother.

Is Anu feeling ignored by Anupama and anxious that her parents will abandon her alone? How will Anupama make Anu believe that she is her mother and loves her dearly?

Let us see how this new track between Anupama and Anu progresses in the upcoming episodes of Anupama.

© Copyright tellybest.com, 2022, 2023. All Rights Reserved. Unauthorized use and/or duplication of any material from tellybest.com without written permission is strictly prohibited.
Cached Saved on: Wednesday 25th of January 2023 10:08:48 AMCached Disp on: Tuesday 31st of January 2023 07:19:44 PM