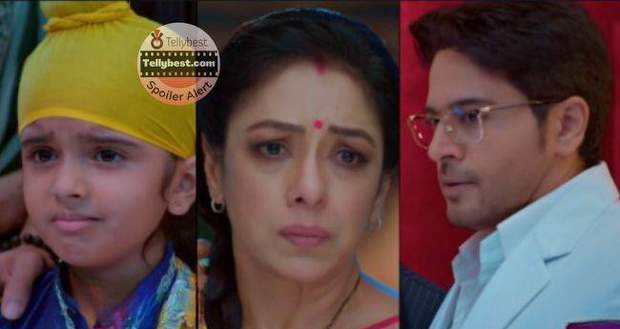 In the upcoming story of Anupama, Anuj will get angry at Anupama for breaking her promise to Anu.

The current track of Anupama revolves around Anuj asking Anupama to prioritize Anu more instead of the Shah family who take her help for granted.

Anupama finds herself in a confusion as to what she should do as Anuj's point is not wrong at all.

According to the latest twists of Anupama, Anupama will not reach Anu's annual function on time as she will be busy cooking food for Leela and others.

Anuj will be disappointed heavily after learning that Anupama has not yet reached the function venue as she is supposed to perform together with Anu.

Anupama hurries to leave the house but it gets late and Anu gets disqualified from the competition.

Seeing Anu crying, Anuj puts on a strict expression as he wipes away his daughter's tears.

Will there be an argument between Anuj and Anupama? How will their fight affect their relationship?

Let us see how Anuj confronts Anupama in the upcoming episodes of Anupama.

© Copyright tellybest.com, 2022, 2023. All Rights Reserved. Unauthorized use and/or duplication of any material from tellybest.com without written permission is strictly prohibited.
Cached Saved on: Wednesday 25th of January 2023 09:36:56 AMCached Disp on: Wednesday 1st of February 2023 05:59:10 PM