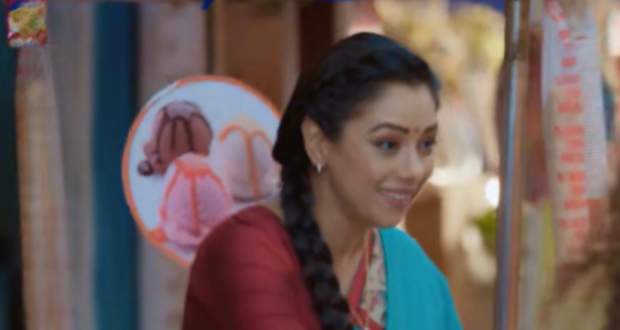 In the upcoming Anupama episodes, Anupama will help Vanraj in distributing the pamphlets for his cafe while Rakhi will feel embarrassed to see them.

Up until now in Anupama Story, Anupama and Vanraj started their dance academy and cafe side by side at the factory.

Further, Pakhi was influenced by Kavya and started behaving rudely with Anupama.

Anupama rebukes her while Kavya and Vanraj took a stand for her.

Now as per Anupama spoilers, Anupamaa will see Vanraj distributing pamphlets for his cafe and will decide to help him.

According to the serial gossips of the Anupama show, Rakhi will come there when Vanraj was distributing pamphlets and will feel embarrassed as she is related to them.

Let’s see what Rakhi will do next in the upcoming twists of the Anupama future episodes.

© Copyright tellybest.com, 2020, 2021. All Rights Reserved. Unauthorized use and/or duplication of any material from tellybest.com without written permission is strictly prohibited.
Cached Saved on: Monday 17th of January 2022 10:19:58 AM