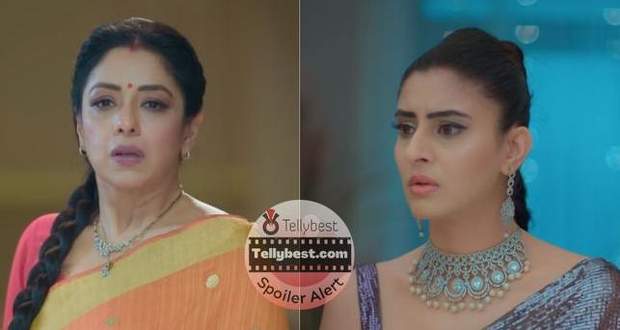 In the upcoming story of Anupama, Barkha will meet Pakhi's fate to be ousted from the Kapadia House!

So far in the story of the serial, after each member of the Shah family refuses to undertake Pakhi's responsibility, Pakhi is told to leave the Kapadia House.

Adhik thanks Anupama for giving them the chance to improve themselves and leaves with Pakhi from the Kapadia House.

In the upcoming twists of the serial, Anupama and Anuj decide that if they have punished Pakhi for being greedy and insolent they should punish the person who instigated her as well.

Therefore, Anupama tells Ankush that Barkha should be ousted from the Kapadia House since she is the one who provoked and misled Pakhi.

Anuj tells Ankush to take Barkha and leave which Ankush silently accepts as he feels embarrassed.

Let us see how Barkha will make Anupama's life more miserable after getting thrown out of Kapadia House in future episodes of the Anupama serial.

© Copyright tellybest.com, 2022, 2023. All Rights Reserved. Unauthorized use and/or duplication of any material from tellybest.com without written permission is strictly prohibited.
Cached Saved on: Monday 21st of November 2022 12:47:13 AMCached Disp on: Sunday 4th of December 2022 11:07:37 PM