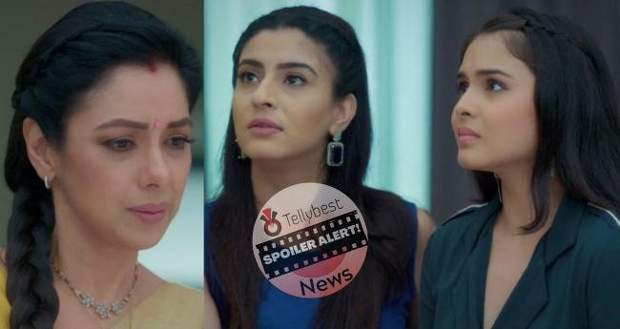 In the upcoming story of Anupama, Barkha will resort to questioning Pakhi's character with the intention to stop them from getting married.

So far in the serial Anupama, the Shah family and the Kapadia family have decided to put the Pakhi-Adhik scandal in the back of their minds to focus on celebrating their first Diwali with Anu.

Now as per the spoilers of the Anupama serial, Barkha thinks that Anuj's support for Pakhi and Adhik will lead to them getting married which she does not want at any cost.

In future episodes, we will see Barkha insulting the Shah family by making them remember Toshu and Vanraj's past extramarital affairs.

Will Barkha also question Pakhi's character by saying that no one knows how many hotel rooms she's been to by lying to their parents?

Let's see if Barkha's plan hit right on the nail or will Anuj's support changes the minds of the rest of the family in the upcoming episodes of the Anupama serial.